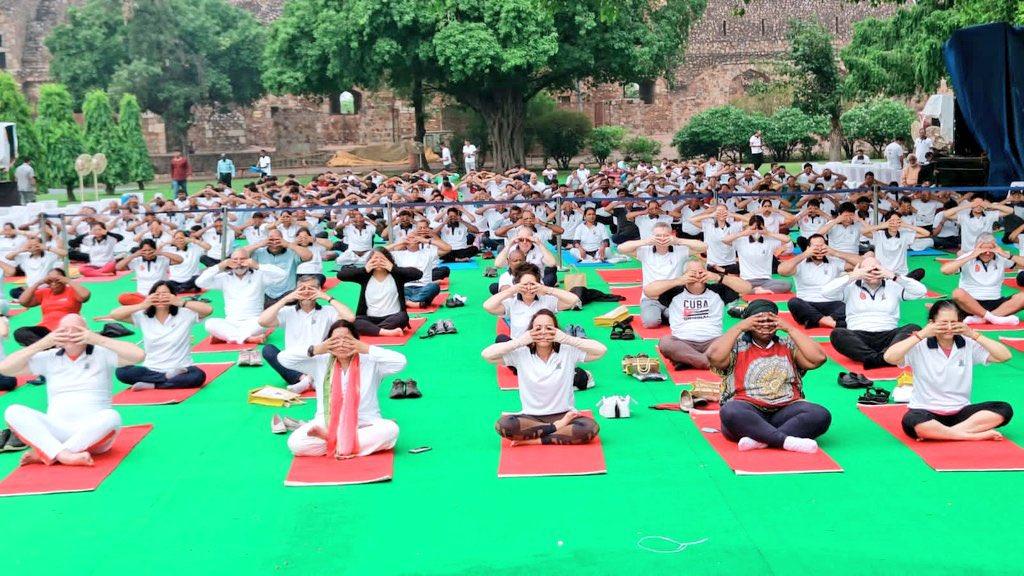 Yoga Mahotsav was organised by the Ministry of Culture in partnership with the Archaeological Survey of India (ASI) at Purana Qila in the national capital. The event was held as part of the celebrations for the International Day of Yoga 2022. According to the Ministry of Culture, the purpose of the event was to instil the everlasting value of cultural wellbeing among the people.