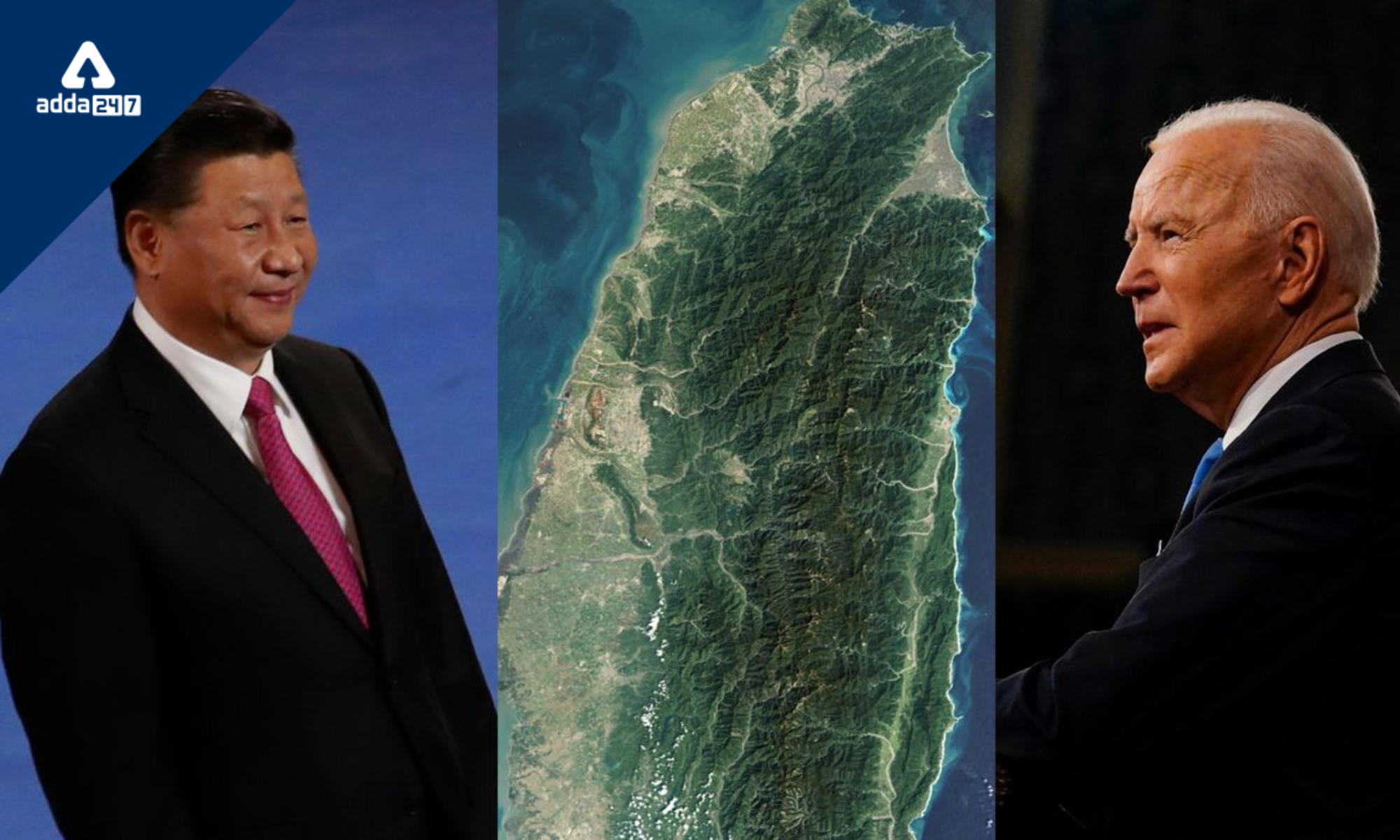 Taiwan, also referred to as the Republic of China (ROC), is an island situated across the Taiwan Strait from mainland China. Since 1949, it has been run separately from the rest of China as the People’s Republic of China (PRC). The PRC declares that Taiwan will one day “unify” with the mainland and sees the island as a renegade province. Political leaders in Taiwan, an island nation with a democratically elected government and a population of 23 million, hold contrasting opinions about the status of the island and its ties to the mainland.

Does Taiwan belong to China?

Our discussions with Taiwan leadership reaffirm our support for our partner & promote our shared interests, including advancing a free & open Indo-Pacific region.

US and China at odds over Taiwan:

Significance of Taiwan to the rest of the world:

Conflict between China and the US over Taiwan:

Ques: Does the US acknowledge Taiwan and China?

Ans. The United States acknowledged the Chinese view that there is only one China and that Taiwan is a part of China in the Joint Communiqué by recognising the Government of the People’s Republic of China as the only legitimate government of China.

Ans. World War II, the Second Chinese Civil War (1945–1949), and the Cold War all had an impact on the debate over Taiwan’s political status. The fundamental question is who should be in charge of running the islands of Taiwan, Penghu, Kinmen, and Matsu.

Ques: Is Taiwan still a part of China?

Ans. After receiving Taiwan from Japan in 1945, the administration of the Republic of China retreated to Taiwan in 1949 with the intention of retaking mainland China. Both the ROC and the PRC continue to formally (and in their own constitutions) declare that Taiwan and mainland China are a part of their respective regions.

Ques: Is Taiwan regarded as an ally of the US?

Ans. Taiwan is an important U.S. partner in the Indo-Pacific due to its status as a leading democracy and a technical powerhouse. Despite the fact that the United States and Taiwan do not have diplomatic ties, our unofficial connections are strong.

Ques: Why hasn’t Taiwan declared itself independent of China?

Ans. The People’s Republic of China (PRC) government opposes Taiwanese independence because it considers Taiwan and mainland China to be separate parts of the same country.

Ques: Is China a NATO member?

Ans. No, China is not a NATO member. None of them are NATO members, but they are all cautious about China’s expanding influence and might. NATO has increased collaboration with its “Asia-Pacific partners,” which it refers to as the four Asian countries, since 2020.