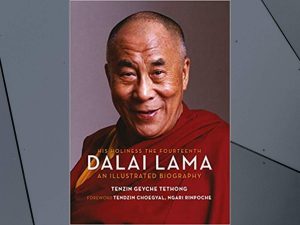 A book titled ‘His Holiness the Fourteenth Dalai Lama: An Illustrated Biography’ will be released in 2020. The book is published by Roli Books. The book is authored by one of the Dalai Lama’s closest aides and advisor of over 40 years, Tenzin Geyche Tethong. The biography is a memorable portrait of the 14th Dalai Lama, Tenzin Gyatso.

About ‘His Holiness the Fourteenth Dalai Lama: An Illustrated Biography’ :

The Dalai Lama, who now lives in Dharamshala in Himachal Pradesh, fled from Tibet and came to India at the age of 23. His teachings of peace and non-violence and freedom have won him the prestigious Nobel Peace Prize in the year 1989.