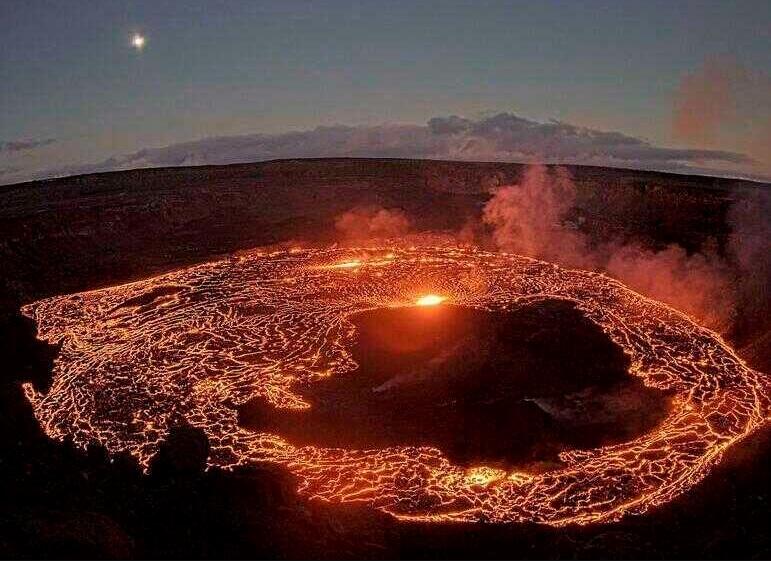 After a brief pause, Hawaii’s Kilauea volcano erupted again, spewing lava fountains and discharges of volcanic ash into the air. The eruption started January 5, 2022 afternoon at the volcano’s crater, according to a notice issued by the United States Geological Service (GSGS).lava from the volcano is contained in Kilauea’s crater, a closed section of Hawaii Volcanoes National Park. The USGS warned locals that the high quantities of volcanic fumes may still be dangerous as they travelled downstream. Elements like sulphur dioxide can combine with the environment to form volcanic smog, which is dangerous to human health. Other dangers include Pele’s hair, which are tiny strands of drifting lava, and other delicate volcanic particles that can irritate the skin and eyes. The Hawaiian Volcano Observatory noticed a light in photographs and later concluded that Kilauea had started erupting, according to USGS.

Volcanic eruptions have significant cultural and spiritual meanings for the native Hawaiians. Many Hawaiians participated in traditional practises during the Mauna Loa eruption, including singing, chanting and dancing in honour of Pele, the god of fire and volcanoes.

In addition to Kilauea, the Island of Hawaii is made up of four other volcanoes: Kohala (extinct), Mauna Kea (dormant), Hualalai (dormant), and Mauna Loa (active). The island is currently growing due to the activity of Mauna Loa and Kilauea.