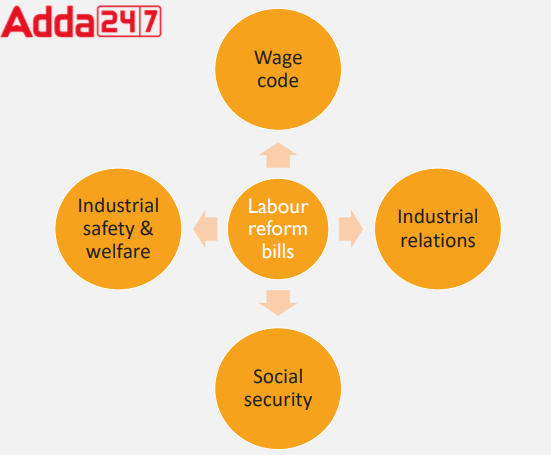 The four labour codes — the Code on Wages, Industrial Relations Code, Social Security Code and the Occupational Safety, Health and Working Conditions Code — are set to replace 29 labour laws. Over 90% of India’s 50 crore workers are in the unorganised sector. And through these codes the government wants to ensure that all of them enjoy the benefits of labour laws related to minimum wages and social security.

Since labour is a concurrent subject, both the Centre and states have to frame the rules. Although the Centre notified the codes in September 2020, no state has notified the requisite rules under these codes. Just 12 states have published the draft rules so far. So once all the states are on-board, the codes will be implemented.

The Codes In Detail:

The Code on Wages, notified in August 2019, subsumes the provisions of four laws — Payment of Wages Act, the Minimum Wages Act, the Payment of Bonus Act, 1965 and the Equal Remuneration Act. It applies to all establishments and to all employees in both organised and unorganised sectors.

Some provisions of these codes have also invited criticism, including the one which allows firms with up to 300 workers to go ahead with retrenchment and closure without the government permission.