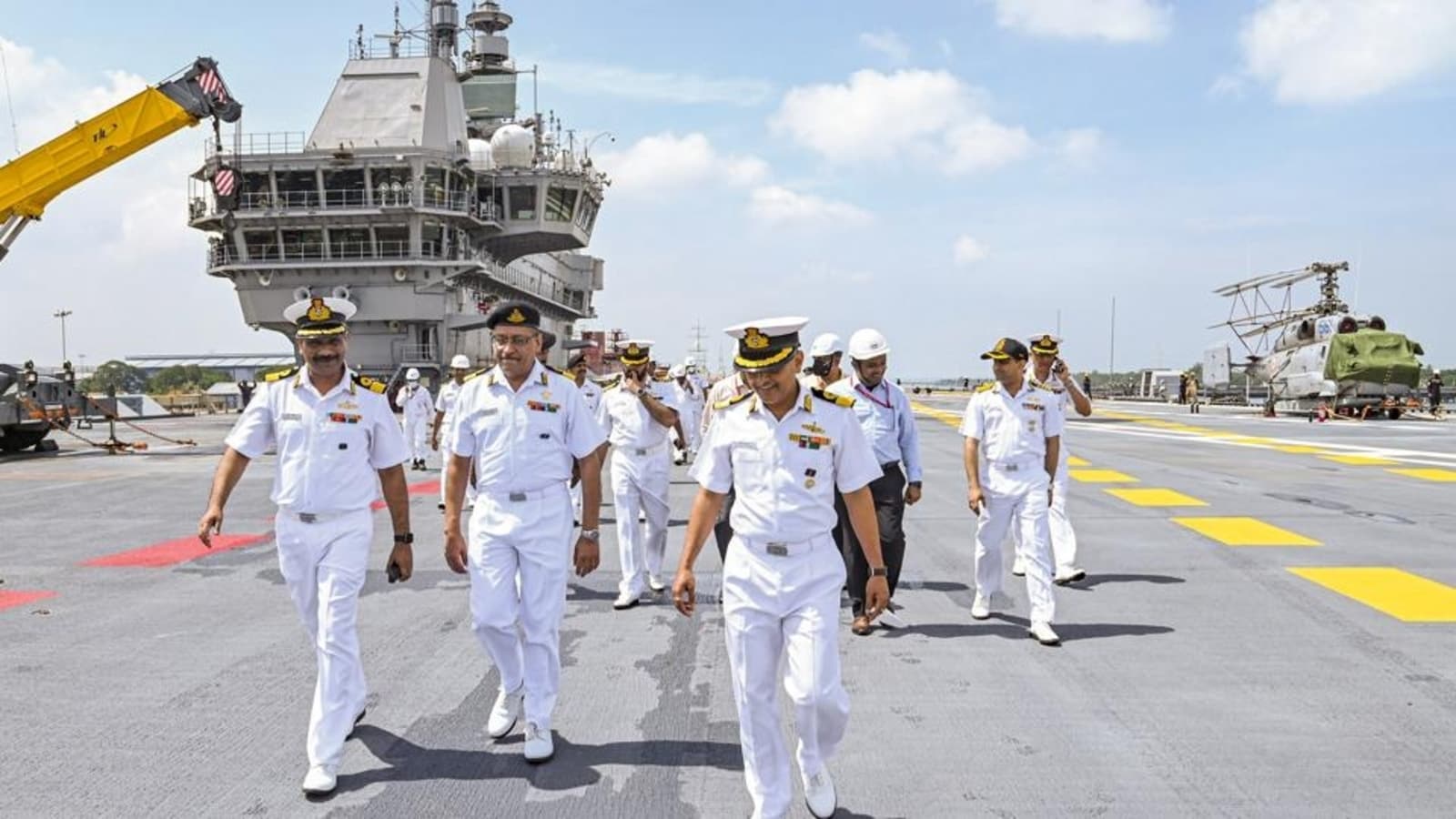 The first indigenous carrier which has been constructed by Cochin Shipyard Ltd, will soon be commissioned as INS Vikrant on September 2. The warship will play the role of ensuring peace and stability in the Indo-Pacific region. The aircraft landing trials on board INS Vikrant will begin in November and will be completed by mid-2023. INS Vikrant will be commissioned in Cochin in the presence of Prime Minister Narendra Modi, the vice chief said, adding the equipment for the aircraft carrier has been manufactured in 18 states and union territories.

Need Of The Aircraft Carrier:

The Navy has been pitching for three aircraft carriers to deal with China’s growing influence over the Indian Ocean. At present, India has only one aircraft carrier — INS Vikramaditya — which was bought from Russia in 2014. Alongside INS Vikramditya, the Navy will then operate two 44,000-tonne carriers. The Navy is in the process of procuring 26 deck-based aircraft and it has narrowed down on Boeing’s F/A-18 Super Hornet and French aerospace major Dassault Aviation’s Rafale aircraft. With the construction of ‘Vikrant’, India has joined a select group of nations such as the US, the UK, Russia, China and France, having the niche capability to indigenously design and build an aircraft carrier.

1. The INS Vikrant has over 2,200 compartments, designed for a crew of around 1,600 people, including specialised cabins to accommodate women officers.

2. Vikrant has a top speed of around 28 knots and a cruising speed of 18 knots with an endurance of about 7,500 nautical miles.

5. The project represents Indian unity as the aircraft carrier has been manufactured in 18 states and union territories, including places such as Kolkata, Jalandhar, Kota, Pune, Delhi, Ambala, Hyderabad and Indore.

The Basics Of Aircraft Carrier:

An aircraft carrier, naval vessel from which airplanes may take off and on which they may land. Fundamentally, the carrier is an airfield at sea with many special features necessitated by limitations in size and the medium in which it operates. To facilitate short takeoffs and landings, airspeeds over the deck are increased by turning the ship into the wind. Catapults flush with the flight deck assist in launching aircraft; for landing, aircraft are fitted with retractable hooks that engage transverse wires on the deck, braking them to a quick stop.

The control centres of a carrier are situated in the superstructure (the “island”), at one side of the flight deck. Aircraft landings are guided by radio and radar and by visual signals from the deck.