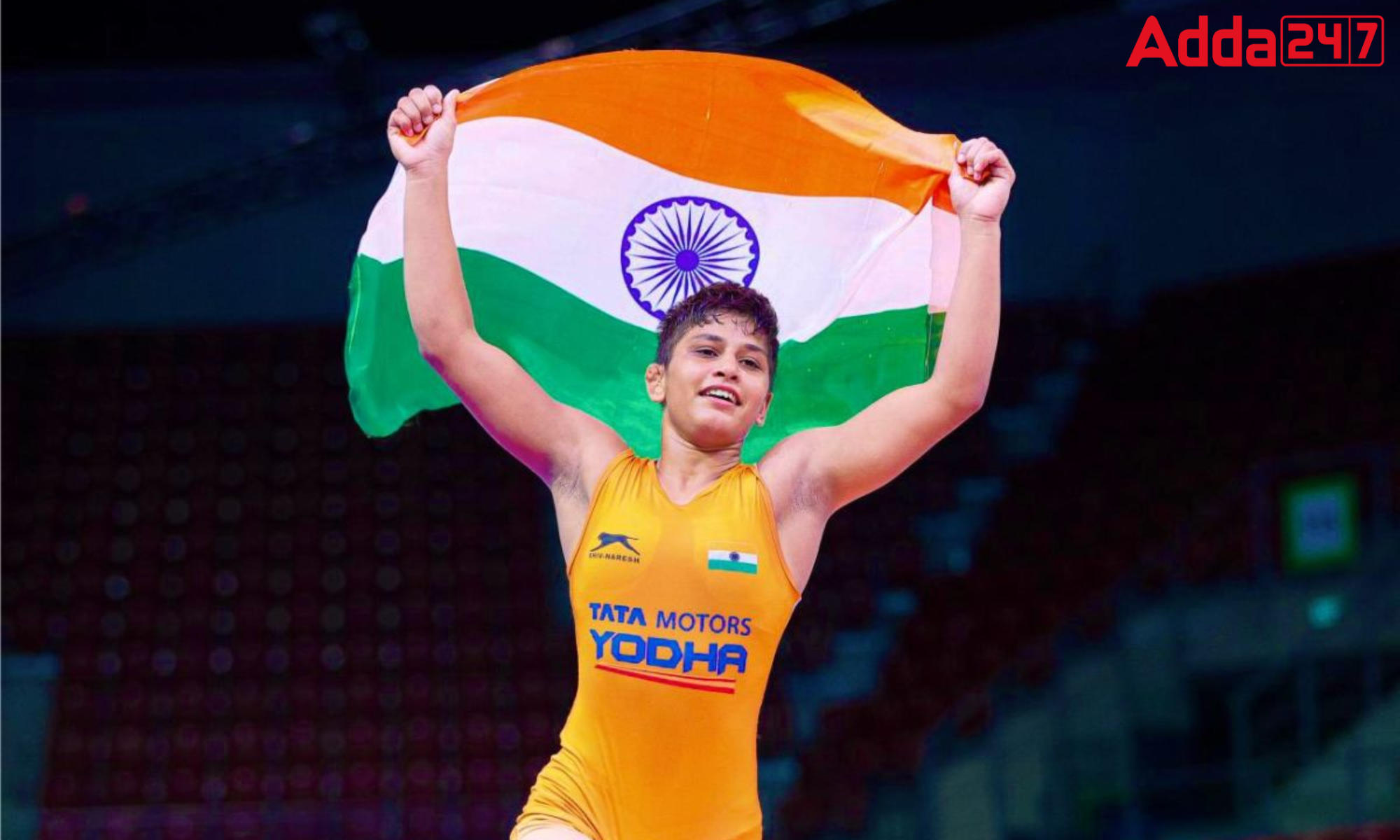 Antim Panghal, a 17-year-old wrestler from Haryana, defeated Kazakhstan’s Atlyn Shagayeva 8-0 to win the title of Under-20 world champion, making her the first Indian woman to do so. The U-20 World Wrestling Championship was held in Sofia, Bulgaria. With an opening-round victory of 11-0 over German Amery Olivia, Antim Panghal prevailed because to her superior technical skills.