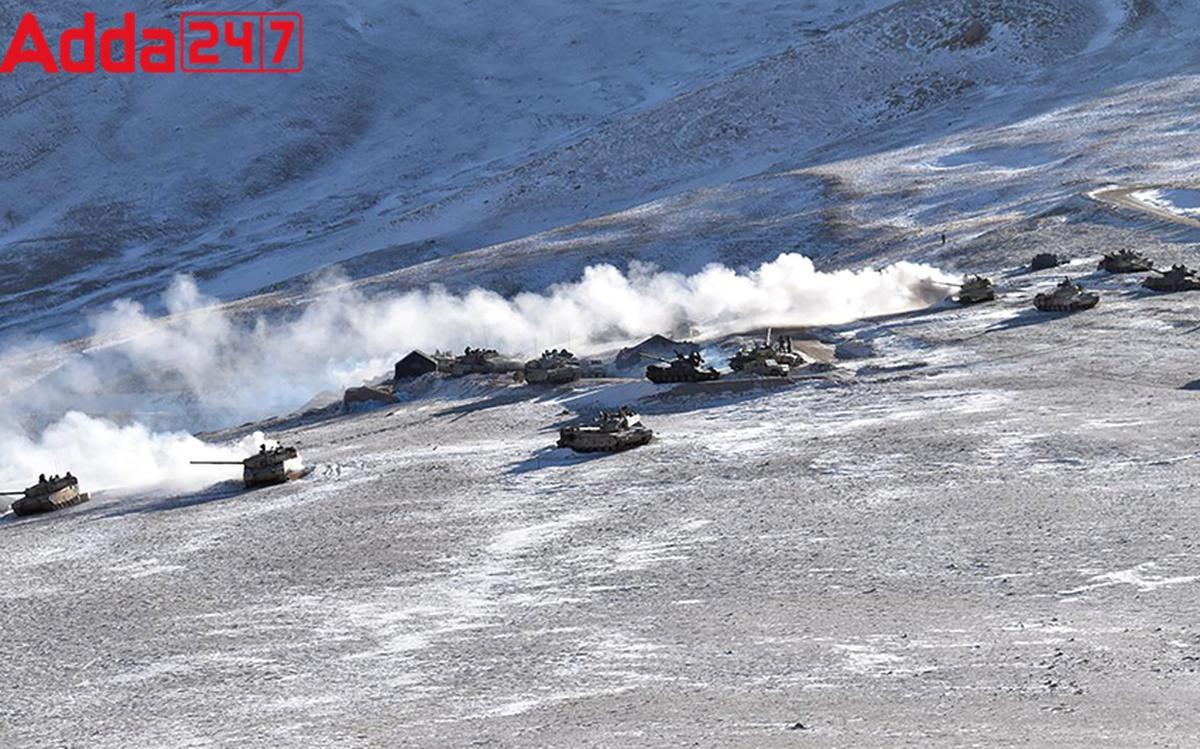 With the experience of deploying armour at an altitude of 15,000 ft. to out-manoeuvre the movement of Chinese forces during the stand-off in eastern Ladakh, the Indian Army is prioritising the procurement of the indigenous Indian light tank, aptly named ‘Zorawar’, for deployment in the mountains. In addition, the armoured corps and mechanised forces are inducting swarm drones as well as counter drone systems as part of the overall modernisation process, official sources said.

“It will have equal firepower as the present tank, including missile firing. The power to weight ratio will make it very agile,” sources in the security establishment said. “The project is moving very, very well. The Acceptance of Necessity (AoN) from the Defence Acquisition Council is expected next month,” a source stated. The recent experiences along the northern borders have shown that armour equipment profile is one of the most prominent factors in defining the operational capability of land forces, a source said, while noting that China has inducted a large number of state-of-the-art medium and light tanks. “This increased threat on the northern borders is likely to remain a threat in the foreseeable future,” the source said.

Can operate in varying terrain:

Zorawar is designed to operate in varying terrain from high altitude areas and marginal terrains to island territories. It will be highly transportable for rapid deployment to meet any operational situation, and feature niche technologies, including Artificial Intelligence (AI), drone integration, active protection systems, and a high degree of situational awareness, officials said.  Officials noted that while the large tank fleet consisting of T-72 and T-90 tanks is useful in gaining tactical surprise over the adversary, they are heavy tanks primarily designed for operations in the plains and in desert terrains, and face certain limitations at high altitudes or when deployed in the marginal terrain of the Rann of Kutch, the source cited earlier said.

It is  an operational necessity to procure a lighter tank to overcome the limitations, and design and develop it indigenously, the source said. “The adversity which the world supply chain has experienced in defence-related component supplies due to the Russia-Ukraine war, has impacted both the manufacturing and sustenance of the foreign fleet of tanks that India is presently holding,” the source said. The project, which has already received in-principle approval, is planned to be procured under the ‘Make-I’ acquisition category of the Defence Acquisition Procedure (DAP)-2020, in line with the ‘Make in India’ initiative. The agile ‘Zorawar’ will improve the Indian Army’s operational capabilities, especially in the northern borders.