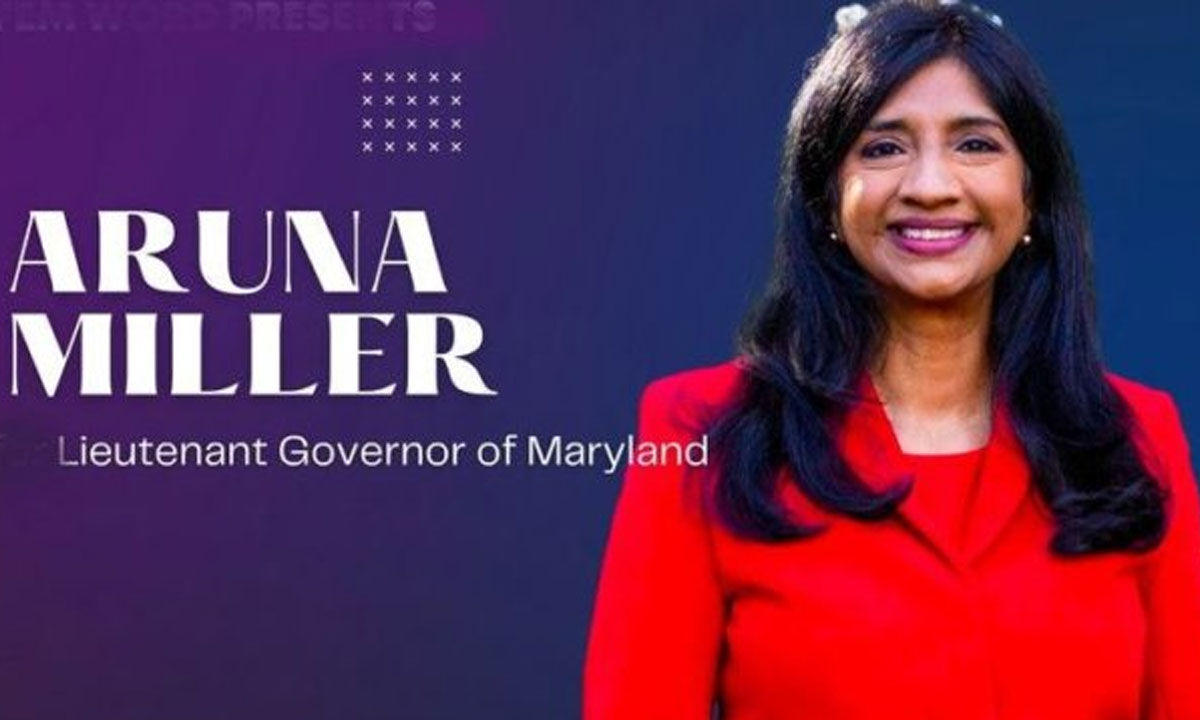 Significance of This Development:

Miller’s swearing-in will break a barrier that no other immigrant or woman of colour has breached before her. She was part of a historic Democratic ticket that sailed to victory in November and also gives Maryland its first Black governor, its first Black attorney general and its first female comptroller.

About The Aruna’s Family:

Aruna’s father, who migrated after the passage of the Immigration and Nationality Act of 1965 removed racial and national-origin quotas to allow a new generation of immigrants to enter the United States. She graduated from the Missouri University of Science and Technology with a degree in civil engineering in 1989, and worked for 25 years at the local Department of Transportation in Montgomery County. Miller has served two terms in the Maryland House of Delegates from 2010 to 2018.