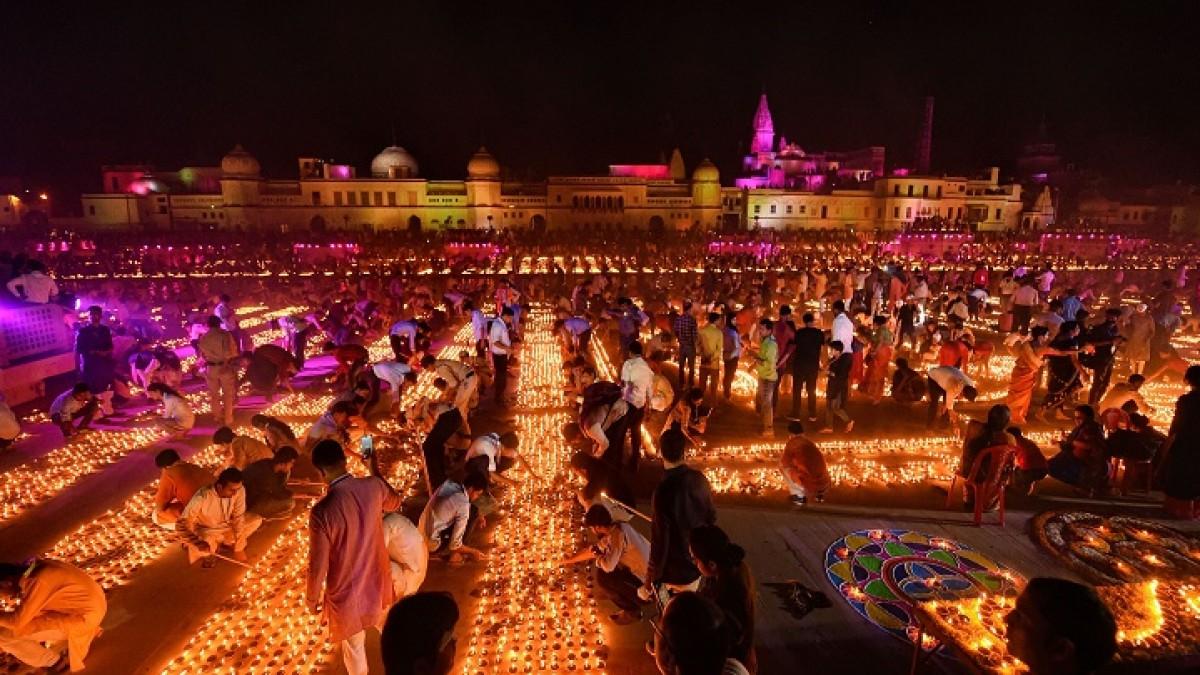 Ayodhya Ram Mandir- Ayodhya Deepotsav: Prime Minister Narendra Modi was present during the sixth Deepotsav in Ayodhya. He carried out a ceremonial coronation of the Lord and inspected the Ram temple’s building. The big “Deepotsav” celebrations began when the PM attended the “aarti” on the banks of the Saryu at approximately 6.30 p.m on Sunday. Over 15 lakh diyas would be lit on the event, breaking its own previous world record.