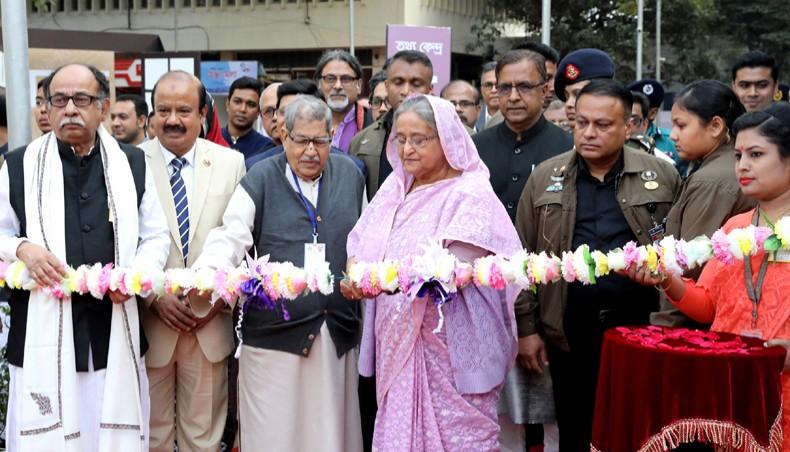 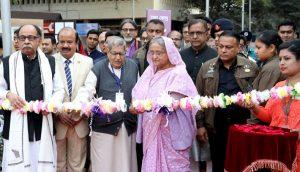 Bangladesh’s Prime Minister Sheikh Hasina has inaugurated the Ekushey Book fair. The Ekushey Book fair has been organised at Bangla Academy premises in Dhaka. The book fair is annually celebrated to commemorate the martyrs of the language movement which helped in establishing Bangla as the official language of the then East Pakistan. The book fair aims to publicize the art, culture and literature of Bangladesh across the globe.

Major highlights of the event:

The Ekushey Book Fair is the longest and biggest book fair of Bangladesh. During the event, the Bangla Academy literary award 2019 were presented by the Bangladesh’s Prime Minister to ten eminent poets and writers. The cover of a book ‘Amar Dekha Naya Chin’- The New China as I saw, was also unveiled during the event. The book is authored by Bangabandhu Sheikh Mujibur Rahman.

The Bangladesh’s Language Movement started in 1948 and it reached to its peak when eight people laid down their lives on February 21, 1952. The movement concluded with the adoption of Bangla as the official language of the then East Pakistan. As a result of the movement, 21st February is observed every year to commemorate the martyrs of the Bangladesh’s Language Movement. UNESCO has also adopted a resolution to celebrate 21 February as International Mother Language Day. The resolution and the marking of the day is an honour bestowed by the international community on the Language Movement of Bangladesh.