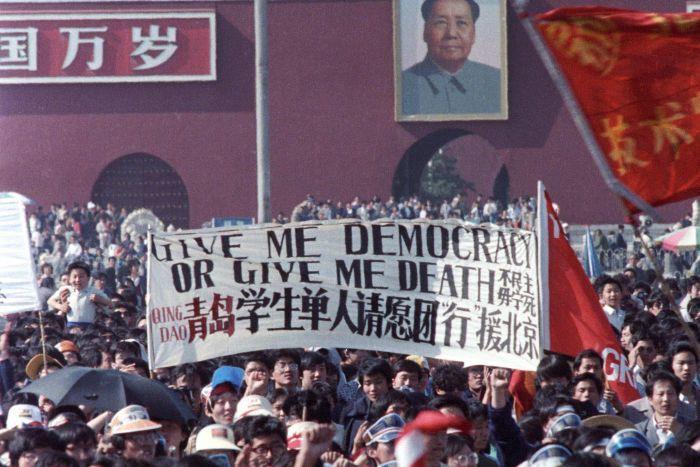 Just days before the key 20th National Congress of the Chinese Communist Party, a rare protest reportedly took place in China against President XI Jinping and his zero-Covid policy, the toughest in the world. Various photos circulating on social media showed posters and banners on Sitong Bridge overpass in Beijing against the authoritarian rule of Jinping, who is set to get the record third term during the National Congress starting this Sunday, October 16.

The banners hanging on the bridge demanded freedom from Covid lockdowns and reforms in the country. One banner even goes to the extent of calling Xi Jinping a dictator and demands his removal. “Say no to Covid test, yes to food. No to lockdown, yes to freedom. No to lies, yes to dignity. No to the cultural revolution, yes to reform. No to the great leader, yes to vote. Don’t be a slave, be a citizen,”. The other says: “Go on strike, remove the dictator and national traitor Xi Jinping.”

China has adopted a very strict lockdown policy to prevent any further spread of Covid. Some videos on social media show people locked up not only in their houses but in jail-like cells built to isolate infected patients. There have been videos showing people being picked up from airports and public places and locked up in enclosures. These actions of the authoritative government have irked the people who, after almost three years of restrictions, want to run a normal life.

Why The Timing Is Important:

The incident comes at a very sensitive time in the Chinese capital, with authorities on high alert in the run-up to the 20th congress of the ruling Communist Party, where President Xi is expected to secure a third leadership term. The 20th Party Congress, which will last for a week and kick off in the capital on Sunday, will bring together some 2,300 high-ranking officials and party delegates.

A Supplementary Article Related To the Same:

Chinese Economy Is In Serious Trouble, A Sluggish Growth trend