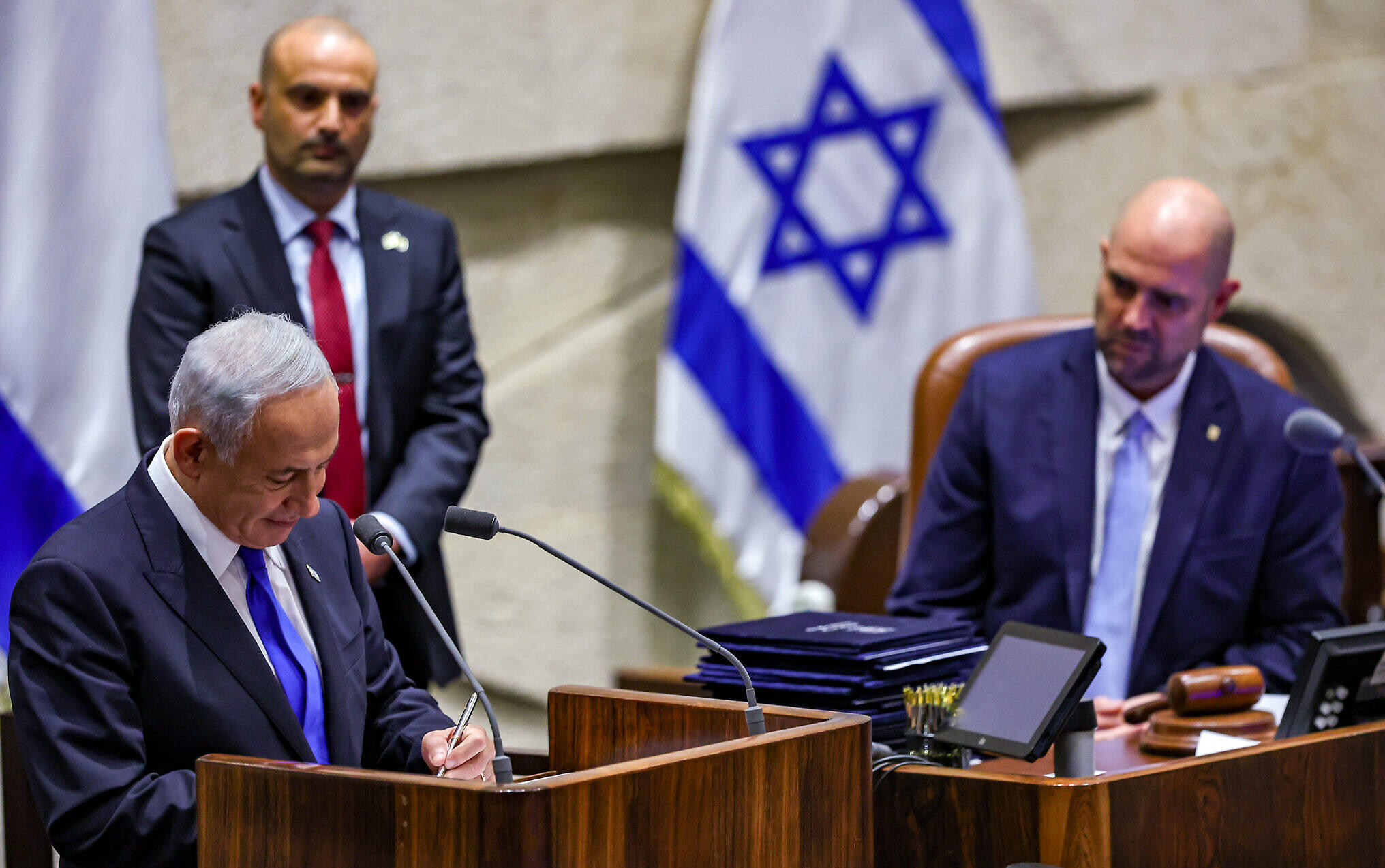 Benjamin Netanyahu was sworn-in as Israel’s prime minister for a sixth time, leading the Jewish state’s most right-wing government to date. Netanyahu, 73, already Israel’s longest-serving Prime Minister, has the support of 63 lawmakers in the 120-member Knesset (Israeli parliament). In the house, 54 lawmakers voted against his government.

He returned as prime minister with the formation of his sixth government, which is composed of a number of far-right allies. The lawmakers supporting the new government are all right-wing, including Netanyahu’s Likud party supported by the ultra-orthodox Shas, United Torah Judaism, the far-right Otzma Yehudit, Religious Zionist Party, and Noam.

The Knesset elected Likud lawmaker Amir Ohana as its the new Speaker. A former justice minister and public security minister in past governments, Ohana is the Knesset’s first openly gay speaker.

The parties included in the government had run in the elections with a clear understanding that the Likud party Chairman Netanyahu would lead the next government if they were to get a majority, but they drove a hard bargain in reaching coalition agreements, securing far-reaching policy and appointment concessions that will drive judicial reform, may change security service command structures, retroactively legalise and expand settlements, introduce far-right influence in secular education, and expand religious influence over state and social institutions.

What The Concerns Have Been Raised:

Critics have raised concerns that the expected changes could impact the fundamental character of Israel’s polity leading to changes that could harm Israel’s internal cohesion, risk putting its delicate ties with the world Jewry in jeopardy, and also put the country at the receiving end of international condemnation due to its hardline position on the long-standing acceptance of a two-state solution to resolve the Israel-Palestinian conflict.

The new government where the right-wing Likud party comprises the left-most flank of the coalition is a major shift from the previous one which for the first time in Israel’s history had not only parties drawn from the Left, Right, and Centre, but also enjoyed the support of an Arab party.