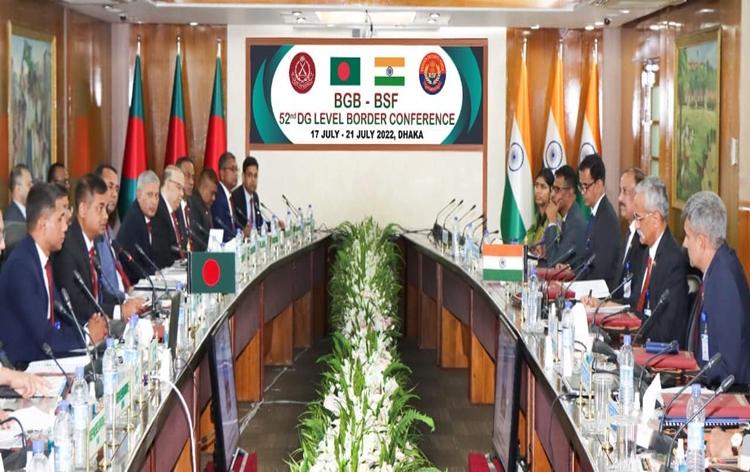 The Indian delegation, led by DG, BSF Pankaj Singh, arrived in Dhaka early on the first day of the 52nd BGB-BSF Director General level Border conference in Bangladesh. On the first day, a variety of topics including border management, drug trafficking, smuggling of weapons and ammunition, trafficking in women and children, and other development initiatives within 150 yards of the international boundary were discussed.