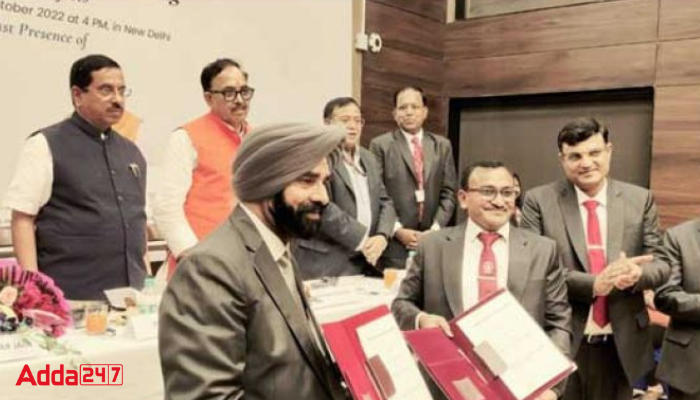 Bharat Heavy Electricals (BHEL) signed MoU with Coal India (CIL) and NLC India for setting up Coal Gasification based plants. BHEL rose 2.56% to Rs 62.20 after the company clarified it has entered into a non-binding MoU with CIL and NLCIL.

With this, the company aims to set up a Coal Ammonium Nitrate Project with CIL based on the Gasification of high-ash Indian coal, and a lignite-based gasification pilot plant with NLCIL for power generation. The state-run BHEL is engaged in designing, engineering, constructing, Testing, commissioning, and servicing a wide range of products and services to the core sector of the economy.

BHEL stands for Bharat Heavy Electricals, it is an Indian Central public sector undertaking. It is under the ownership of the Ministry of Heavy Industries, Government of India. BHEL was established in 1956 ushering in the Heavy Electrical equipment industry in India. In 1974, Heavy Electricals (India) Limited was merged with BHEL.