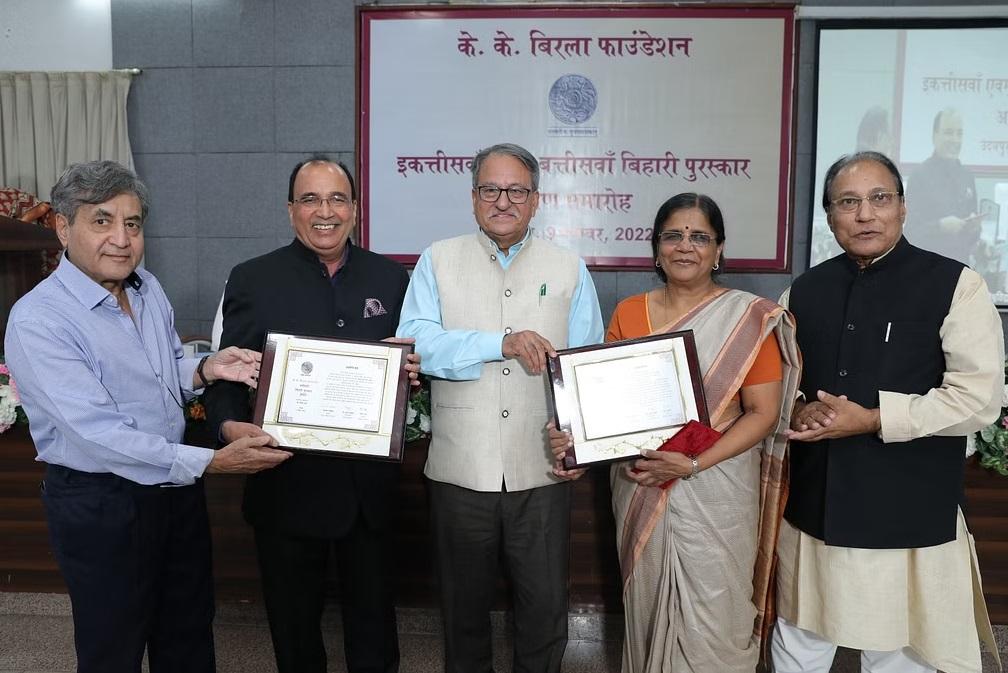 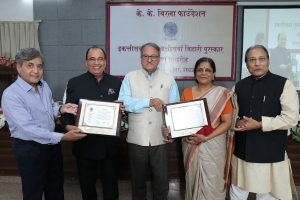 Noted writers Madhu Kankariya and Dr Madhav Hada were awarded the 31st and 32nd Bihari Puraskar, respectively. Kankariya was awarded the Puraskar for her 2018 novel ‘Hum Yahan The’ while Hada was awarded for his 2015 literary criticism book ‘Pachrang Chola Pahar Sakhi Ri’. The awards to the writers were given by Indravardhan Trivedi, vice-chancellor of Mohan Lal Sukhadia University in Udaipur during a program at the university premises.

Kankariya, who was awarded Bihari Puraskar 2021, has written several prose, poems and books. Her novel, ‘Hum Yahan The’, is based on the struggles of the tribals in Jharkhand. It also provides an insight into the culture, society and economic conditions of Kolkata. In the past, Kankariya has been conferred with the Kathakram Puruskar, Hemchandra Smriti Sahitya Samman, Vijay Verma Katha Samman and Pratham Vidya Sahitya Samman. Among books written by the 65-year-old are Pattakhor, Khule Gagan ke Laal Sitaare, Salaam Aakhri and Bhaari Dupahr ke Andhere.

Who is Dr Madhav Hada?

Hada, a literary critic and academic, was awarded Bihari Puraskar 2022 for his extensive work in literature, media, culture and history. He has also been a member of the general council of the Sahitya Akademi and the Hindi Advisory Board.