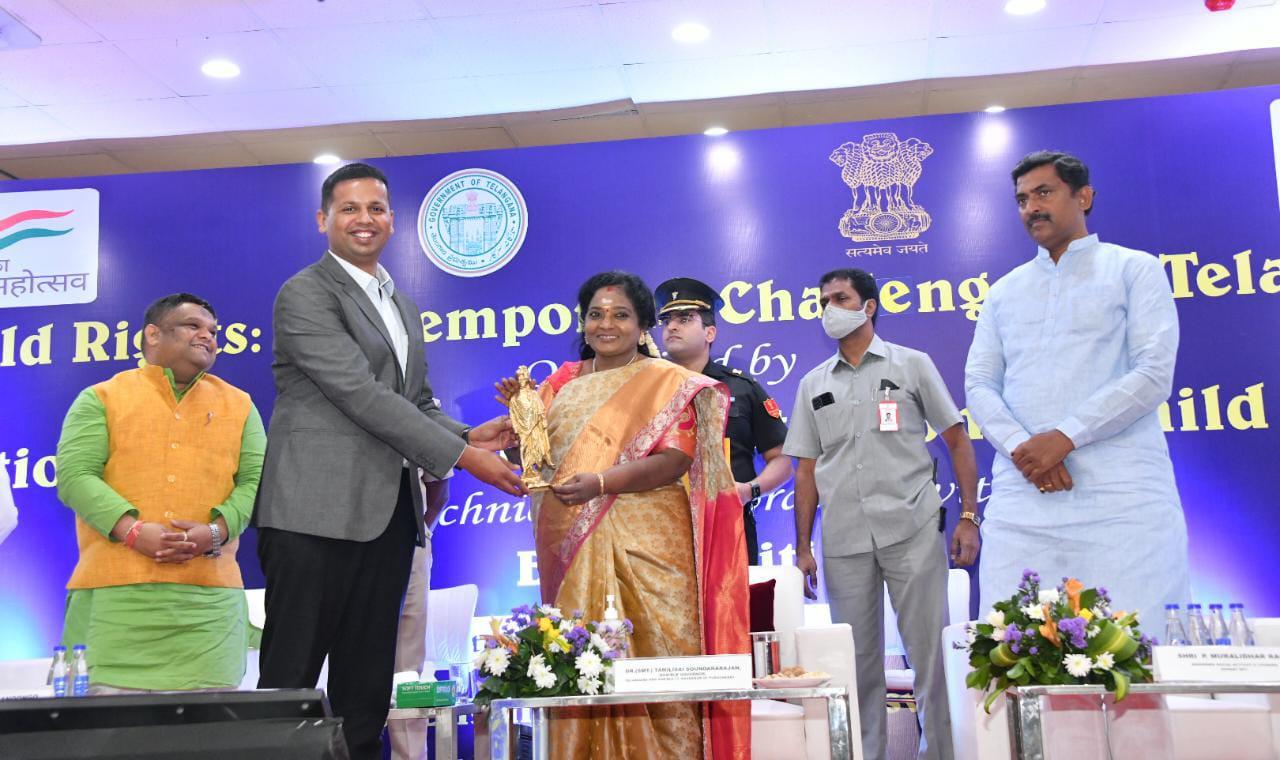 Dr. Tamilisai Soundararajan said that children are like flowers and they should be handled carefully with love and care. She said, “It is disheartening to see cases of sexual harassment of children. Saying that mere laws can’t protect the children and the mind-set of society needs to change, the  Hon’ble Governer exhorted the parents to be a role model and mould the kids instead of just imposing conditions. “Happy and healthy children are the foundation of a progressive society” she opined.

What Needs To Be Done:

In today’s digital age, children use technology not only for attending school online classes, but also for recreation. Therefore, it is important that the commitment of the Government to provide a safe learning environment to children extends to the digital space as well. As per the NCRB (National Crime Records Bureau) data of 2021 a total number of 1081 cases of Cyber Crimes against children were registered in India. Out of these, 164 cases were reported from Karnataka followed by Kerala (138), Andhra Pradesh (40),Tamilnadu (15) and Telangana (3). The NCPCR has developed a Manual on Safety and Security of Children in Schools.

About National Commission for Protection of Child Rights(NCPCR):