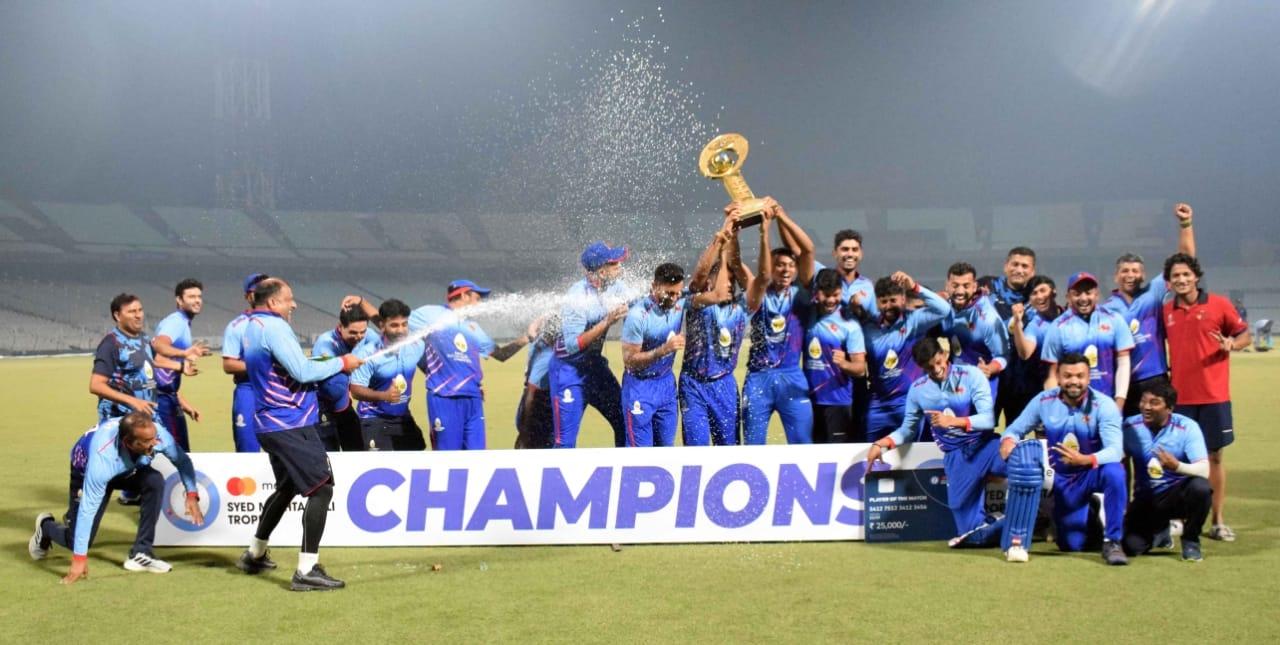 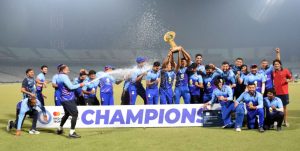 Domestic giants Mumbai produced a near-perfect performance to beat Himachal Pradesh by three wickets in the final and won their maiden Syed Mushtaq Ali T20 Trophy title at Eden Gardens, Kolkata. The 15th edition of the Syed Mushtaq Ali Trophy, a Twenty20(T20) competition that is played in India, was held from 11th October 2022 to 5th November 2022.

Put into bat first, Himachal posted a total of 143/8 in 20 overs with Ekant Sen (37 off 29) top-scoring for them. In reply, Mumbai chased down the target in 19.3 overs with three wickets in hand. Sarfaraz Khan scored 36 runs and Tanush Kotian claimed three wickets, which paved the way to win the trophy.

The Syed Mushtaq Ali Trophy is a domestic T­20 cricket championship in India, which is organised by the Board of Control for Cricket in India (BCCI), among the teams from the Ranji Trophy. The tournament is named after a former Indian test cricketer Syed Mushtaq Ali. The first match was held in 2006­07 and the trophy was won by Tamil Nadu under the captaincy of Dinesh Karthick and also Rohit Sharma scored the first ever T20 century in the match. Until now, Tamil Nadu is the most successful team of the Syed Mushtaq Ali Trophy, by winning it thrice.