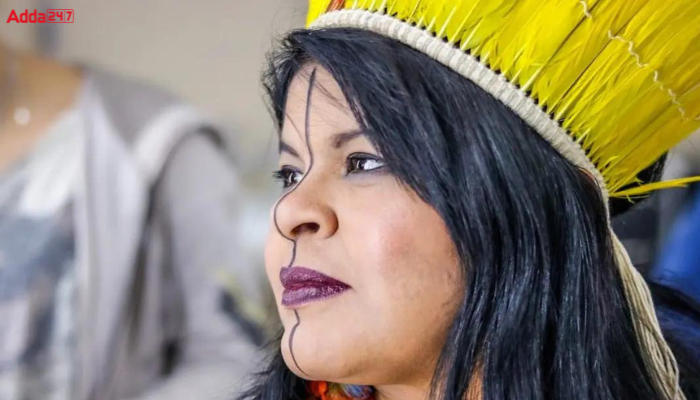 Brazil’s President-elect Luiz Inácio Lula da Silva announced Sônia Guajajara as the first minister of the new Ministry of Indigenous People with a mandate to oversee policies ranging from land demarcation to health care. Sônia Guajajara is widely known as the leader of the main group of Brazil’s indigenous tribes and is a member of the Amazon Guajajara. She was also featured in Time Magazine’s annual list of the world’s 100 most influential people.

Sônia Guajajara is a Brazilian indigenous activist, environmentalist, and politician. She is a member of the Socialism and Liberty Party (PSOL) and was initially a candidate for the President of Brazil in the 2018 Brazilian General Election. In 2022, she was named one of the 100 most influential people in the world by Times Magazine.