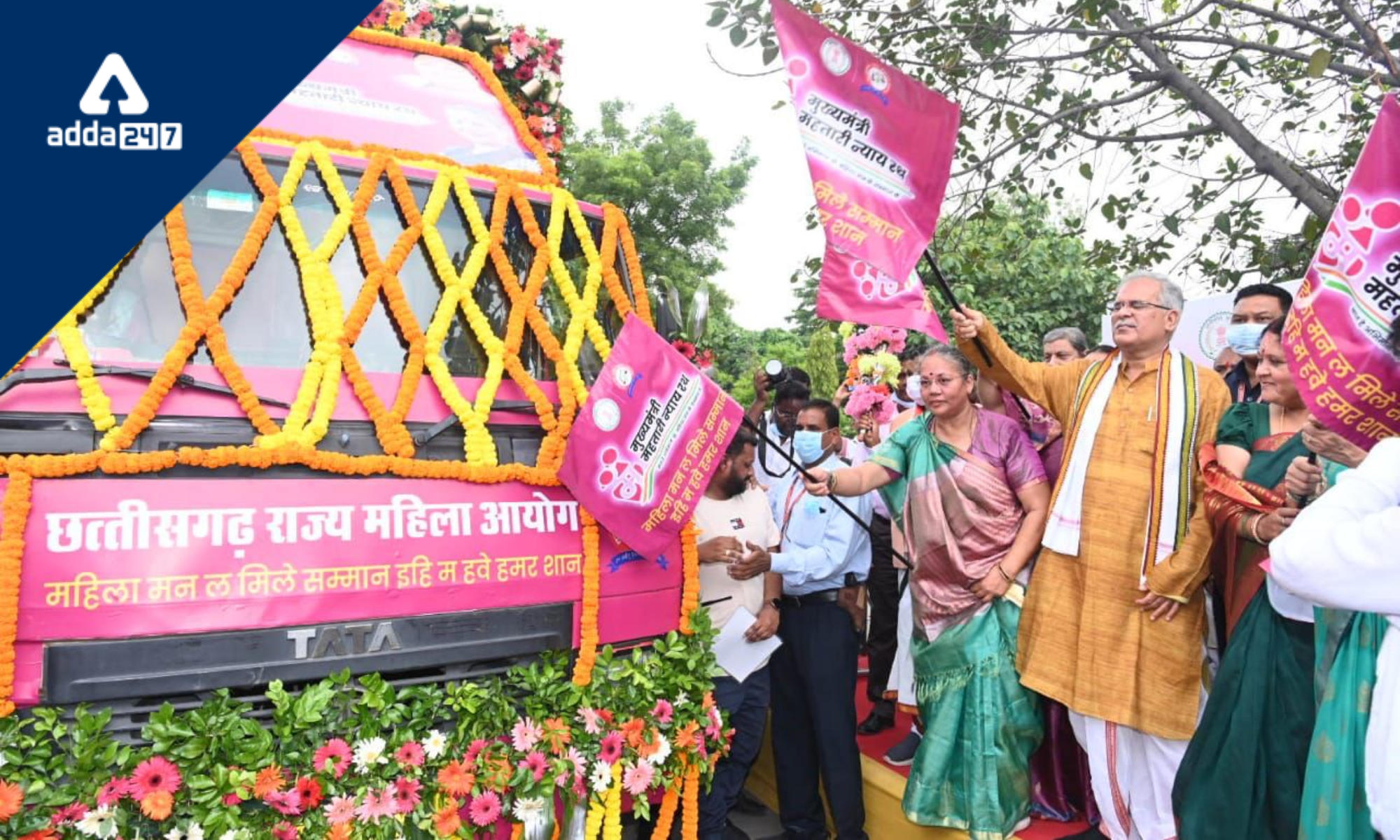 To educate the state’s women about their constitutional rights and laws, the Chhattisgarh Women Commission will host the Mukhyamantri Mahtari Nyay Rath Yatra. On the occasion of the Hareli Tihaar festival, Chief Minister Bhupesh Baghel will set off the “Mukhyamantri Mahtari Nyay Rath“. Through short films, messages, and booklets, the chariots will visit all of the districts to educate people about the legal protections for women and their constitutional rights.

Important Takeaways For All Competitive exams: