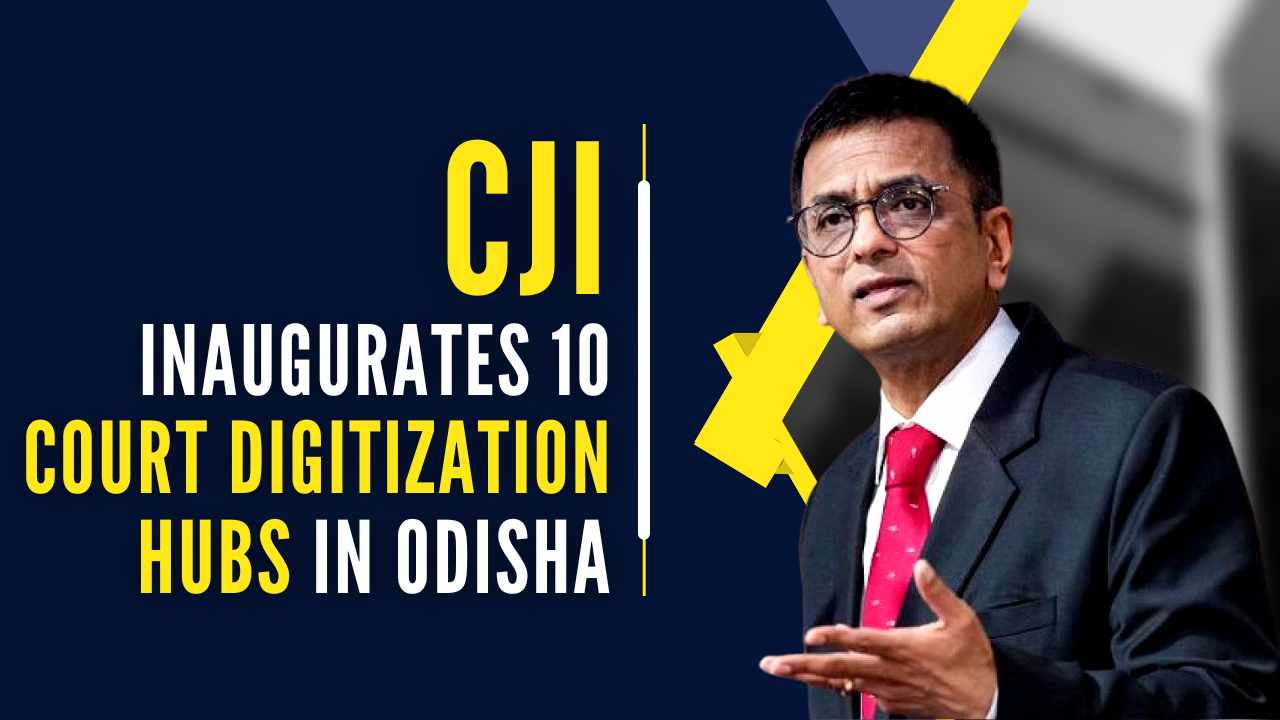 Chief Justice of India D Y Chandrachud  virtually inaugurated 10 district court digitisation hubs (DCDH) in Odisha, and said that modernisation of judiciary is the need of the hour.

With this inauguration, a total of 15 DCDHs have now become functional in the state, with each catering to a neighbouring district, thus covering all 30 district courts.

Appreciating the information and communication technology (ICT) measures adopted by the Orissa High Court under the leadership of its Chief Justice S Muralidhar, he said, “Digitisation should be accompanied by a push for e-filing of cases.”

Digitization makes access to records easier for authorized persons and also ensures systematic information keeping, security of documents and records and reduction in the time taken to locate documents.