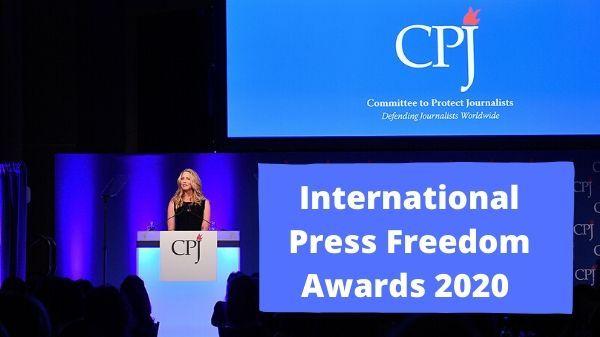 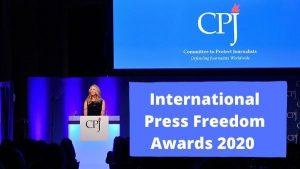 The Committee to Protect Journalists (CPJ) has announced the recipients of the International Press Freedom Awards 2020 include Shahidul Alam from Bangladesh, Mohammad Mosaed from Iran, Dapo Olorunyomi from Nigeria and Svetlana Prokopyeva from Russia. All four journalists have faced arrests or criminal prosecution in reprisal for their reporting. In addition to them, lawyer Amal Clooney will be honoured with the Gwen Ifill Press Freedom Award 2020.

Shahidul Alam is a photojournalist and commenter. He is the founder of the Pathshala Media Institute and the Drik photo library. He was detained from the in august 2018 after he posted a video about student protests in Dhaka in social Media. He was in jail for 102 days and was released in November 2018.

Mohammad Mosaed is a freelance economic reporter. He was forced to resign from a reformist newspaper under government pressure as he publishes news on social media platforms. He was arrested in late 2019 and released in early 2020. He was again arrested in February for criticizing the government’s handling of COVID-19.

He is the co-founder, CEO, and publisher of the Nigerian newspaper Premium Times. He was twice arrested before hiding in 1995 and was arrested with a colleague during a police raid on his newspaper on a defamation charge in 2017.

She is a regional correspondent for Radio Free Europe/Radio Liberty, known as Radio Svoboda. She was convicted and ordered to pay a fine of 500,000 rubles (US$6,980) as she discussed a suicide bombing in her radio show.

She is specialised in public international law, international criminal law, and human rights. She serves as an advocate for press freedom and has also served as international counsel for several journalists under threat.