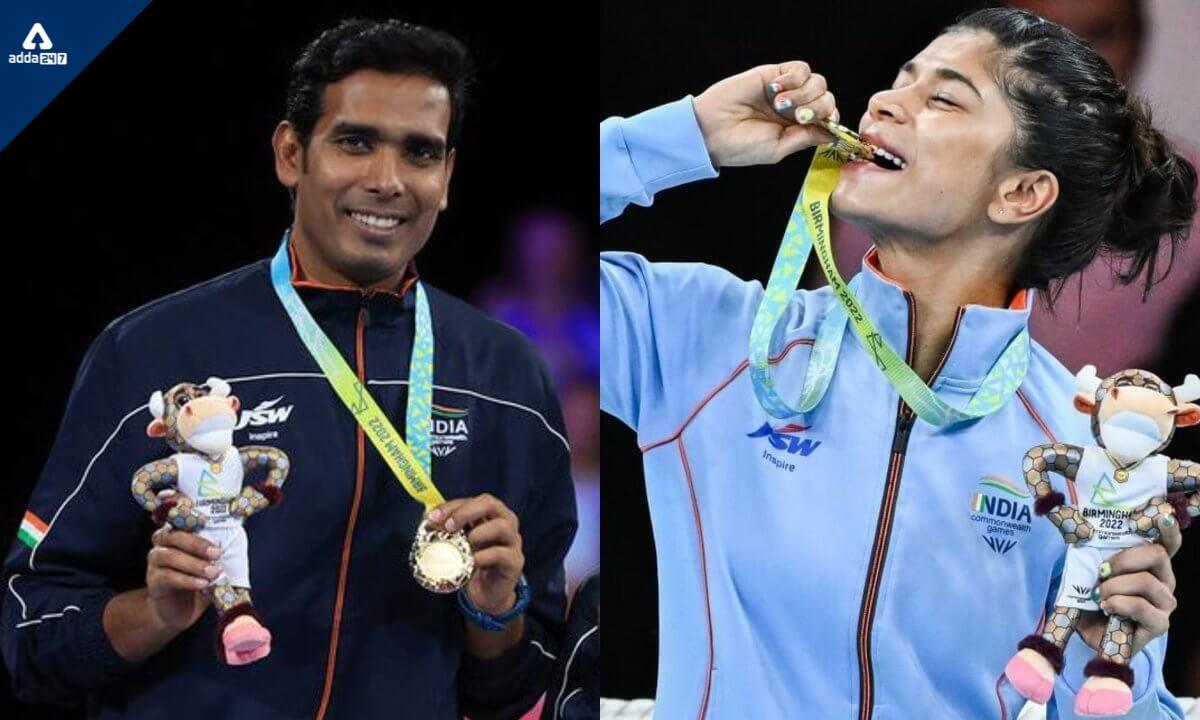 Who represented India as flagbearers at the closing ceremony of CWG 2022?