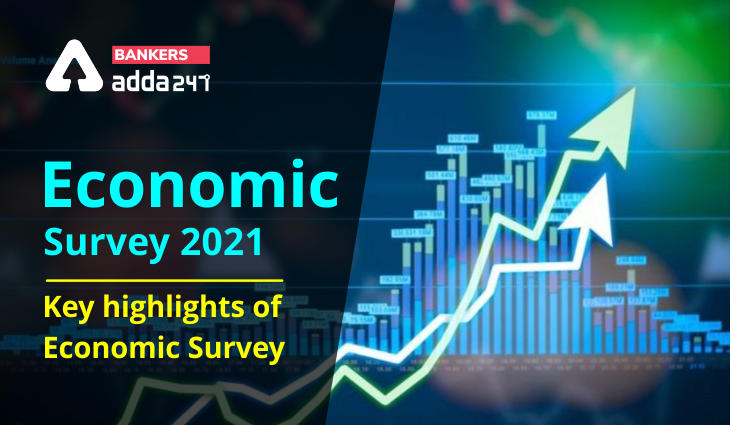 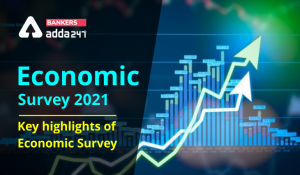 Finance Minister, Nirmala Sitharaman has presented Economic Survey 2020-21 in the Parliament on 29 January 2021. The major focus of this year’s economic survey is the losses and impact of the Covid-19 pandemic. The survey will provide an assessment of how the Indian economy has been impacted by the deadly COVID-19 virus and how it is improving. It will also project India’s gross domestic product growth for 2021-22.

What is the Economic Survey?

Here are the key highlights from the Economic Survey 2020-21:

Saving Lives and Livelihoods amidst a Once-in-a-Century Crisis

Response stemmed from the humane principle that:

Does Growth lead to Debt Sustainability? Yes, But Not Vice- Versa!

Growth leads to debt sustainability in the Indian context but not necessarily vice-versa:

Does India’s Sovereign Credit Rating Reflect Its Fundamentals? No!

India’s sovereign credit ratings do not reflect its fundamentals:

Inequality and Growth: Conflict or Convergence?

Innovation: Trending Up but Needs Thrust, Especially from the Private Sector

Initiatives were undertaken to promote exports:

The rural-urban difference in CPI inflation saw a decline in 2020:

Steps were taken to stabilize the prices of food items:

India’s space sector has grown exponentially in the past six decades: