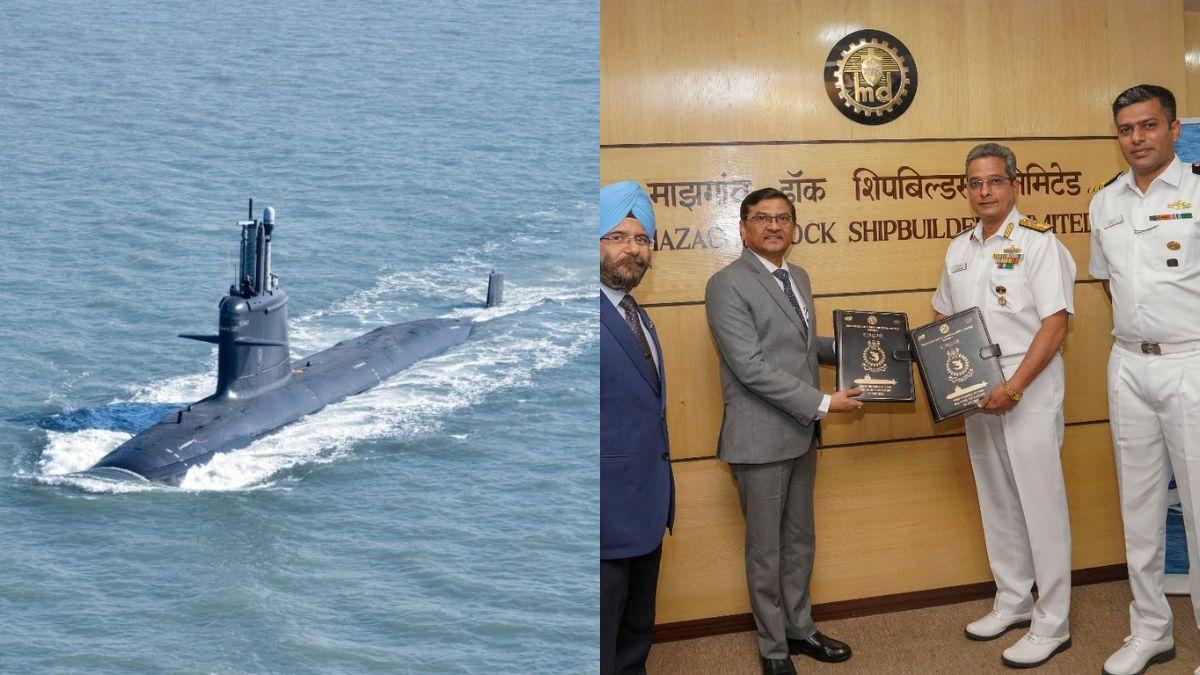 The fifth Scorpène submarine, Vagir of Project – 75 Kalvari Class submarines has been delivered to the Indian Navy by Mazagon Dock Shipbuilders Limited (MDL) Mumbai. Defence Ministry said, the submarine would shortly be commissioned into the Navy and enhance its capability. Project-75 includes the indigenous construction of six submarines of Scorpene design. These submarines are being constructed at Mazagon Dock Shipbuilders Limited (MDL) Mumbai, under collaboration with Naval Group, France.

Launched on the 12th of November 2020, Vagir commenced the sea trials on the Ist of February 2022 and it has completed all major trials including the weapon and sensor trials in the shortest time in comparison to the earlier submarines. Construction of these submarines in an Indian yard is another step towards Aatmanirbhar Bharat and a notable achievement is that this is the third submarine delivered to the Navy in a span of 24 months. In all, six submarines of the Kalvari class, based on the Scorpene design of the Naval Group of France, are being constructed at the MDL in collaboration with the Naval Group of France.

6th one is undergoing trials:

India has been focusing on shoring up its maritime capability with a focus on the Indian Ocean in the backdrop of concerns over China’s growing foray into the region, considered the backyard of the Indian Navy.