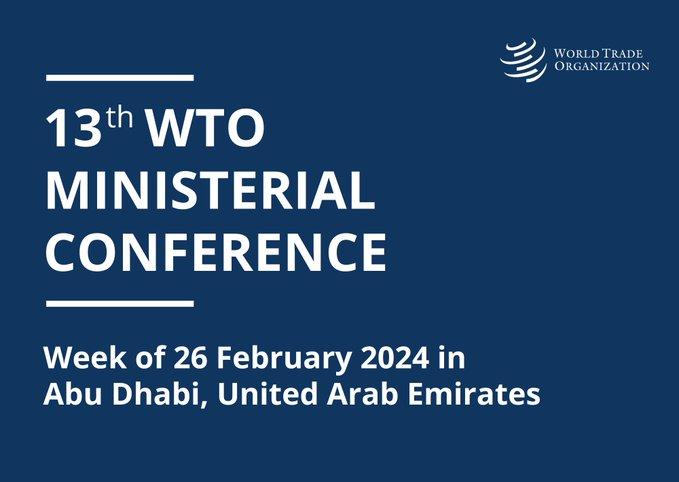 The next World Trade Organization ministerial conference will be held in Abu Dhabi, United Arab Emirates in February 2024, the global trade watchdog confirmed in a statement. The UAE and Cameroon were both vying to host the event and came to an informal agreement for Abu Dhabi to host the first one and Cameroon to do the next, trade sources said.

For the UAE, hosting the meeting is part of its own push to position itself as a global hub for business amid growing competition in the Middle East. It has been rolling out bilateral trade deals with fast-growing markets since the pandemic. Next year the Gulf Arab state will host COP28, the UN’s Climate Change conference.