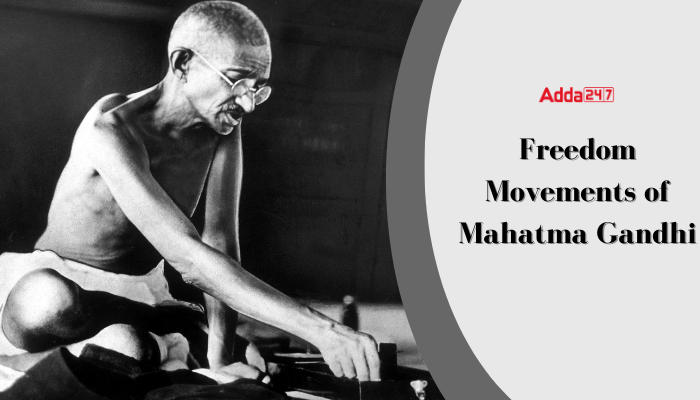 Mahatma Gandhi played a significant role in the Indian freedom struggle. His freedom movements against the British government successfully awarded India with its freedom. All the freedom movements he led were based on only one ideology ‘Non-Violence’. The biggest lesson he gave us during the freedom struggle was to never give up and chose violence to make ourselves win. 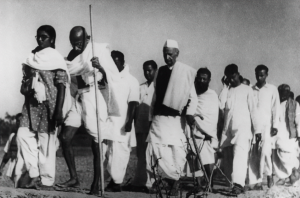 Indigo farmers of the Champaran district of Bihar have miserable conditions under the Tinkathiya System. The Tinkathiya System forces the farmers or cultivators to cultivate indigo on the best 3/20th part of their land and forces them to sell it at a cheaper price. Due to the worsening weather conditions, farmers were unable to grow the required quantity and pay heavy taxes.

Observing all the situations of farmers, Rajkumar Shukla decided to meet Mahatma Gandhi and ask him for help. He went to Lucknow and invited Gandhiji. Mahatma Gandhi reached Champaran and approached the civil disobedience movement. He launched strikes and demonstrated against the landlords in Champaran. The government had to set up Champaran agrarian committee with Gandhi ji as a member. Seeing all the protests and aggression of the farmers, the government decided to accept the demands of the cultivators. 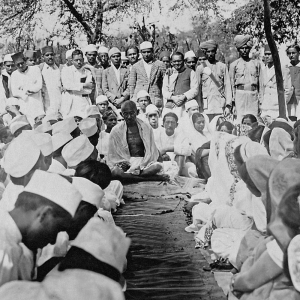 Kheda Movement was a no-tax campaign that was started by Mohan Lal Pandey in 1917. He demanded the remission of taxes due to the poor situation of crops or harvests in Kheda, Gujarat. Mahatma Gandhi joined the movement on 22nd March 1918. Mahatma Gandhi started the satyagraha and he was joined by Vallabhbhai Patel and Indulal Yagnik. The demands of the farmers were later accepted by the British government. 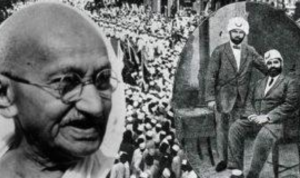 The Khilafat Movement was started by the Ali brothers. The movement was to show denial and protest against the unjust done with Turkey after the first world war. The protest movement was launched by Mahatma Gandhi against British rule. The movement demanded to restore the collapsing status of the Caliph in Turkey. Soon, the All-India Conference was held in Delhi, where Mahatma Gandhi was elected as the President. 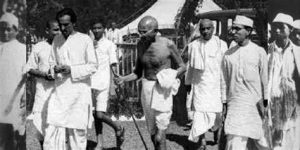 He then framed the concept of swaraj and it is one of the most crucial elements in the Indian freedom struggle. During the Non-cooperation Movement people started boycotting the products of the British government and their establishments like schools, colleges, government offices, etc. However, the movement was ended by Mahatma Gandhi after the Chauri Chaura incident in which 23 police officers were killed. 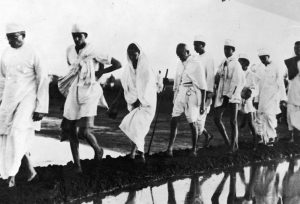 The Civil Disobedience Movement was started by Mahatma Gandhi in 1930 and is credited for paving the way for freedom in India. The movement was launched after the observance of Independence Day in 1930.

The movement commenced with the Dandi March on 12th March 1930. Gandhi ji with 78 other members left Sabarmati Ashram on foot and reached Dandi to break the salt law. The production of salt was considered illegal and was controlled by the government. After this event, the civil disobedience movement was accepted all across the country.

Also Read: 75 Facts About India on 75th Indian Independence Day which Everyone Must Know

What is the role of Mahatma Gandhi in the freedom movement in India?

What was the first civil disobedience movement by Mahatma Gandhi?

The first disobedience movement by Mahatma Gandhi was the Champaran Movement in 1917.

What are the freedom movements led by Mahatma Gandhi?

When was the Non-cooperation Movement launched by Mahatma Gandhi?

The Non-cooperation Movement was launched in 1920 by Mahatma Gandhi.

Mahatma Gandhi launched a mass civil disobedience movement in 1942 and started the Quit India Movement. It forced the British to leave India and a huge number of people supported this movement.