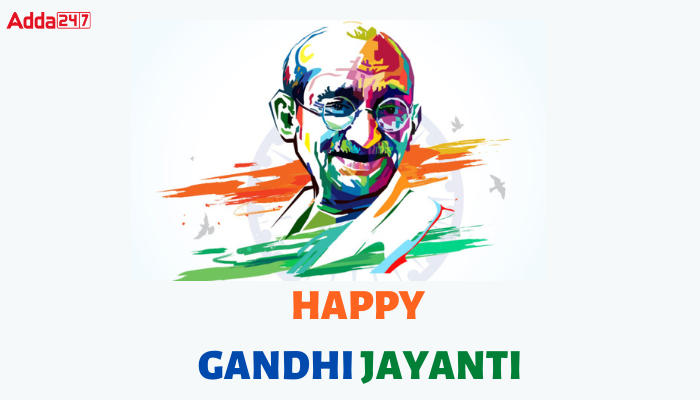 Every year on the 2nd of October, Gandhi Jayanti is celebrated to commemorate the birth anniversary of Mohandas Karamchand Gandhi. During the Independence of India, Mahatma Gandhi played a very important role. Gandhi Jayanti is one of the three National holidays of India. On 15th June 2007, the UN General Assembly announced that it will be celebrated as the International Day of Nonviolence.

Mahatma Gandhi is also known as the Father of the Nation and this title was given to him by Netaji Subhash Chandra Bose. Gandhi Jayanti is marked by prayers services and tributes all over India, including Gandhi’s memorial, Raj Ghat, in New Delhi where he was cremated. In 2019, India celebrated the 150th birth anniversary of Mahatma Gandhi and paid several tributes including the release of a coin of ₹150.

Mahatma Gandhi was born on 2nd October 1869 in Porbandar city of Gujarat. He went to London to complete his law degree and then went to South Africa to practice barrister. When he was in South Africa, he observed that Indians were treated poorly and belonged to a lower section of people along with the other people of color.

In 1915, he joined the Indian National Congress. During this time, he started various movements to fight against British rule in India which affected the nation severely. The various movements include Quit India Movement, the Dandi March, and the Non-cooperation Movement. He was known as ‘Bapu’. He chooses the path of non-violence to fight against the injustice of the British government. He also opposed the partition of India.

In modern Indian history, Mahatma Gandhi remains one of the greatest freedom fighters in India. His thoughts and view of fighting against the British government influenced all Indians to come together and raise their voice. He chooses satyagraha and ahimsa over guns and wars to achieve the Independence of India. The philosophies, thoughts, and ideas will always remain embedded in the ethos and culture of India.