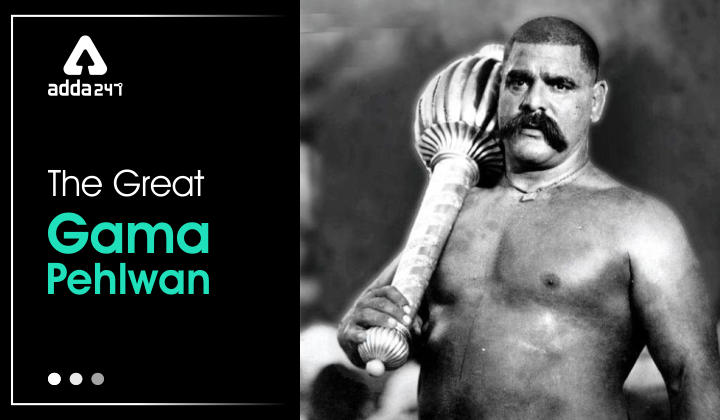 Gama Pehlwan is a legendary wrestler in the history of India. He is a true inspiration all over the world and was given the title of Rustam-e- Hind and Rustam-e-Zamana which means Champion of India and Champion of the world. Gama Pehlwan was born on 22nd May 1878 in a Kashmiri Muslim family. He was 5’8 and weighed 110 kg.

Largest Statue In The World

Gama Pehlwan was first to notice when he entered a strongman completion at the age of 10 held in Jodhpur. He was among the top 15 participants in the competition and the Maharaja of Jodhpur was impressed by him. He was declared the winner due to his young age. Gama’s professional training started when the Maharaja of Datai got to know about him and took him for training. When he entered a wrestling competition in Baroda, Gama Pehlwan lifted a more than 1200 kg stone. The stone is kept in the Baroda Museum as a symbol of Honour and power.

On 15th October 1910, he was awarded a version of the World Heavyweight championship. He had a wrestling career of more than 52 years and was undefeated throughout his career. He is considered the greatest and most successful wrestler of all time. He had a strict training routine which consisted of grappling with forty fellow members, five thousand squats (Baithaks), and three thousand push-ups or Dands for more than 30-45 minutes.

At age of 17, Gama Pehlwan challenged the then Indian wrestling champion Raheem Bakhsh Sultaniwala. He was also a Kashmiri Wrestler from Gujranwala, Punjab, Colonial India, now Pakistan. People expected Raheem to win easily over Gama Pehlwan but the only drawback for Raheem was his age. The bout between the two wrestlers continued for hours and ended in a draw. This was the turning point in Gama Pehlwan’s life. He was considered a tough component against the then-wrestling Champions. Till 1910, Gama Pehlwan defeated all the prominent Indian wrestlers except Raheem Bakhsh Sultaniwala.

He went to England to participate in the international championship and focused on himself. In England, Gama Pehlwan showcased all his talent and won against some of the world’s most prominent faces in wrestling. After coming back from England, Gama again faced Raheem in Allahabad. This time, the game was in the favor of Gama and he won the title of Rustam-e-Hind, but he also mentioned that he believes that Raheem Bakhsh Sultaniwala was his strongest component