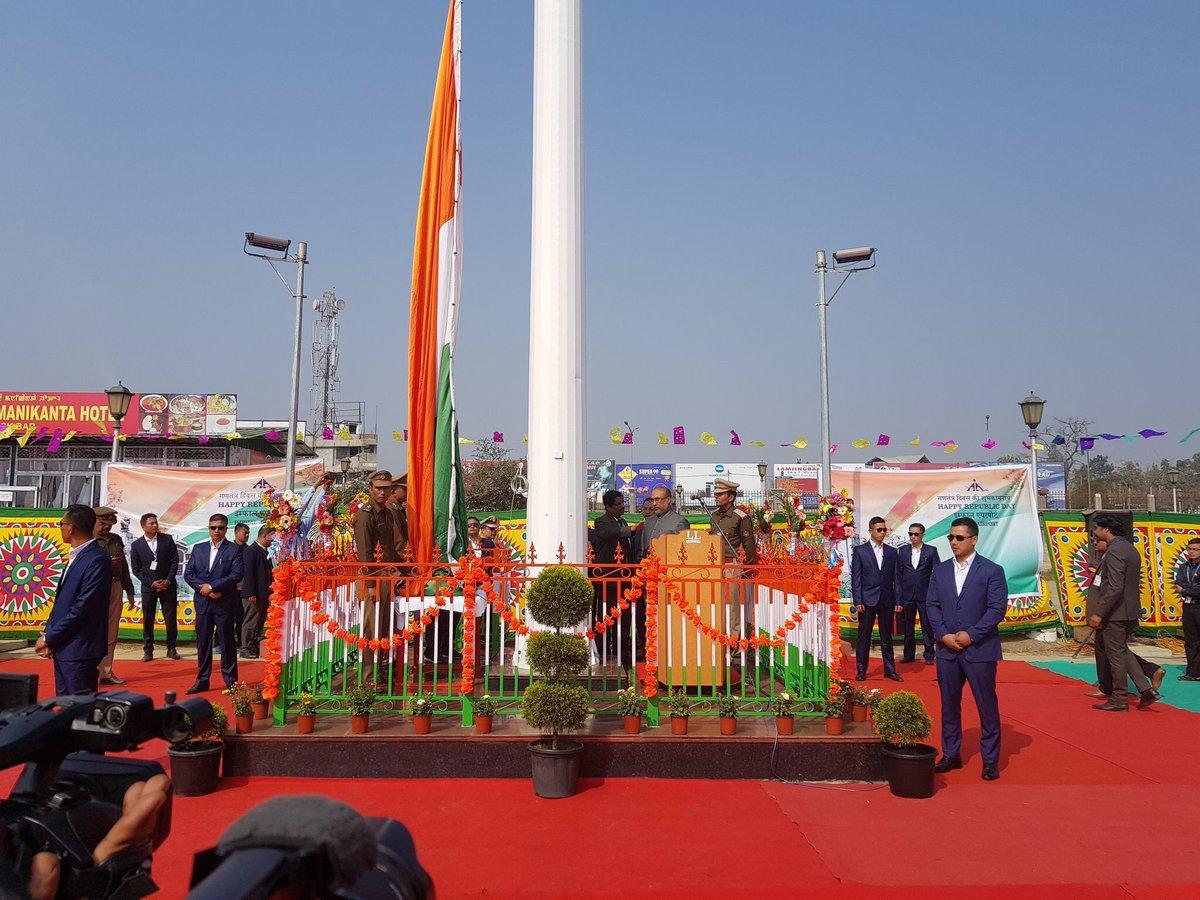 Manipur chief minister, N Biren Singh announced that a 165-foot-high Indian national flag, the tallest in the Northeast, would be hoisted at the Indian National Army (INA) headquarters complex in Moirang in Manipur’s Bishnupur district, for which a pole had already been erected.