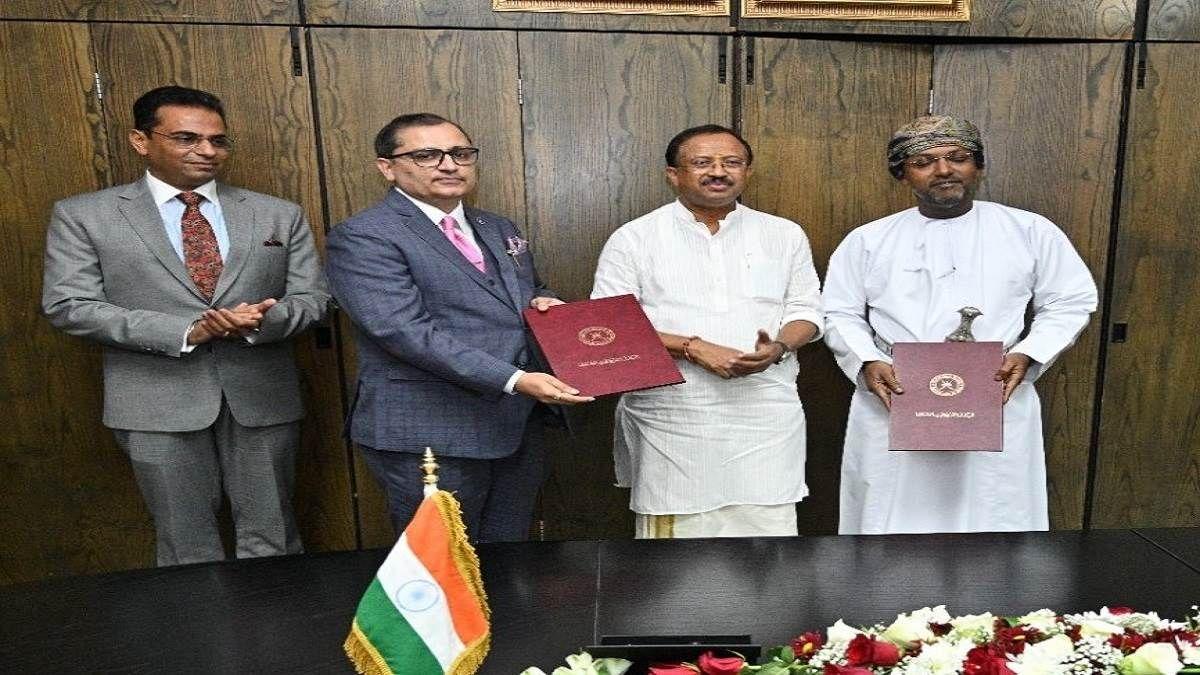 National Payments Corporation of India (NPCI) and Central Financial institution Of Oman signed a historic MoU to launch the Rupay debit card in Oman, paving the best way for a brand new period of monetary connectivity.

Targeting UPI As A Global Leader:

If you happen to travel to the UK , UAE or neighbouring Bhutan, Nepal, your checkout experience at merchant outlets will be as seamless as ‘scan and go.’ You do not need a forex card or a credit card or cash because the UPI App will take you through the checkout process safely from a merchant outlet. NPCI’s global subsidiary signed up with Bhutan’s central bank to enable the usage of the UPI-powered BHIM App. Bhutan will be the first nation to adopt UPI standards for its QR deployment. This August, NIPL signed an MoU with the UK’s payments solutions provider PayXpert to make the UPI-based QR code solutions available in the UK on all PayXpert’s Android POS devices for in-store payments.

UPI acceptance has also gone live with the UAE’s Mashreq Bank, which deploys QR code in UAE.  In the P2M space, Indian travellers and tourists in the UAE can now make payments through BHIM UPI across 10,000 shops and merchant stores via NEOPAY, the payment subsidiary of Mashreq Bank. In November, NIPL also tied up with the UAE’s largest merchant acquirer–Network International–to help Indian travellers visiting the UAE by allowing them to make payments seamlessly through UPI-based mobile applications in retail merchant partners, such as jewellers, supermarkets, and duty-free shops. By the end of this year, five Southeast Asian goliaths–Malaysia, Singapore, Indonesia, Thailand, and the Philippines–will sign a contract to combine their respective QR code payment systems. This will pave the way for merchant payments via QR codes throughout the region.

As per the Embassy of India in Oman, there are about 624,000 Indians in Oman, of which about 4,83,901 are staff and professionals, as of Might 2021. There are Indian households residing in Oman for greater than 150-200 years. Furthermore, the 2 international locations maintain robust financial, business and cultural ties.

India and Oman share heat and pleasant relations underpinned by historic and cultural linkages and powerful people-to-people ties. As per the MEA assertion, the go to will present a possibility to comprehensively assessment the state of bilateral relations between India and Oman and to chart pathways to additional deepen and strengthen them.