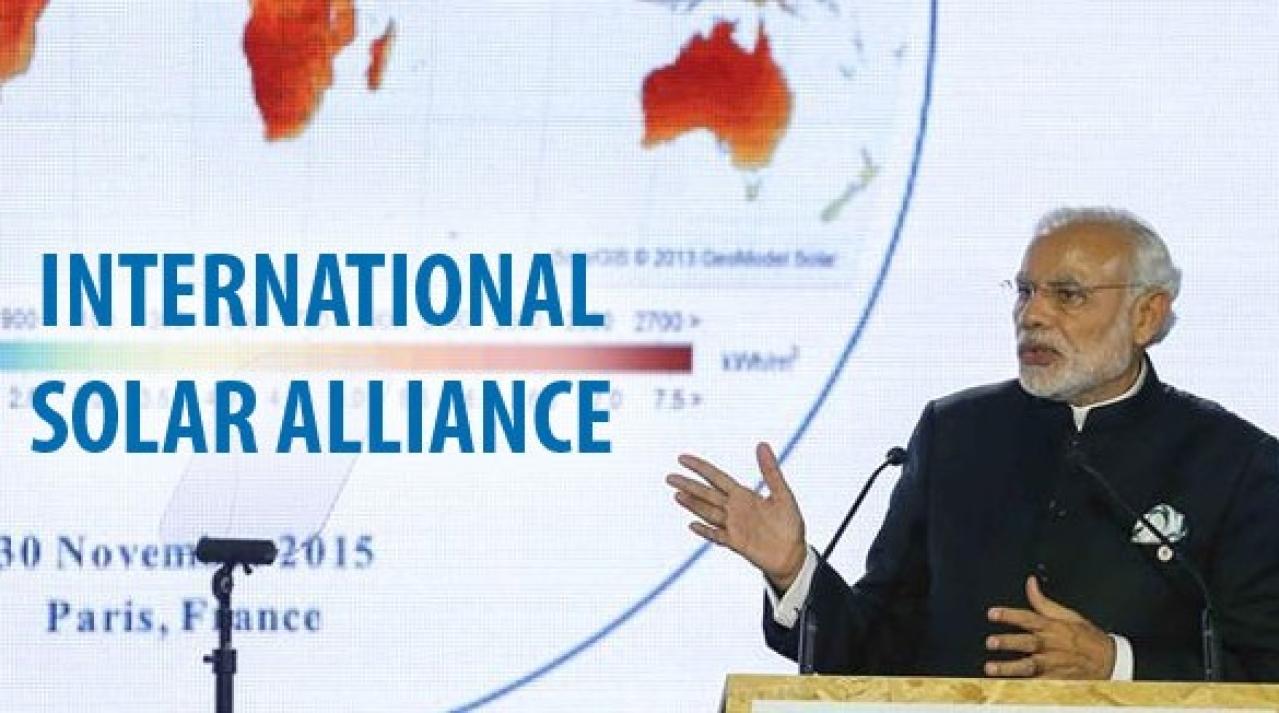 The Third Assembly of the International Solar Alliance has been attended by 34 ISA Members ministers. 53 Member countries and 5 Signatory and Prospective Member countries participated to the Assembly.

India and France were re-elected as the President and Co- President of the International Solar Alliance (ISA) for a term of two years at the virtual meeting of the Third Assembly held on 14 October. Four new Vice-Presidents were also chosen to represent the four regions of ISA. The representatives of Fiji & Nauru for Asia Pacific Region; Mauritius & Niger for Africa Region; UK & Netherlands for Europe and others Region, and Cuba and Guyana for Latin America and Caribbean Region assumed the vice presidency.

Speaking in the plenary, the President of the ISA assembly, India’s Power and New and Renewable Energy Minister, Mr R.K. Singh, appreciated the Alliance Members coming together to work for combating climate change. He welcomed the seventh initiative on heating and cooling to be introduced for discussion in the Third Assembly. Shri Singh said that Solar Energy has come a long way in last 5 years and is now the fastest growing energy source globally. He said, “Solar energy is already contributing around 2.8% of global electricity ,and if trends were to continue, by 2030, solar will become most important source of energy for electricity production in large part of the world.”

The Co-President of the Assembly Ms Barbara Pompili, France’s Minister for Ecological Transition underlined that ISA played an essential role to help redirect funding towards renewable energies, particularly in developing countries, and take up the challenge of an energy at the service of all. She reiterated France’s involvement: pointing out that of the 1.5 billion euros of financing France committed for solar projects in ISA member states up until 2022, 1.15 billion € has been committed to concrete projects.

For the first time since the inception of the framework agreement of ISA, Solar awards were conferred on countries of the region as well as institutions working for solar. The assembly witnessed the conferment of the Visvesvaraya award which recognizes the countries with maximum floating solar capacity in each of the four regions of ISA. The awards went to Japan for the Asia Pacific region and the Netherlands for Europe and Others region.

A Report By The ISA:

The ISA assembly was presented the report prepared by the World Resources Institute (WRI). The report identifies the sources of funds, opportunities and constraints, in scaling up solar investments and the contribution of ISA in assisting Member countries. The assembly welcomed the move of the ISA to work with WRI to develop a roadmap for mobilization of USD 1 Trillion by 2030. The Kingdom of the Netherlands, Bloomberg Philanthropies, Bloomberg New Energy Finance and Climate Works Foundation providing the required financial and technical assistance for preparation of the Roadmap. The roadmap will also analyse the potential for mobilising further investments in solar energy going beyond solar power projects to solar energy applications in transportation and cooling and heating and for implementing the vision of One Sun, One World, One Grid.

The ISA is an initiative that was launched by the Prime Minister of India and the President of France on 30 November 2015 at Paris, France on the side-lines of the COP-21. The overarching objective of the ISA is to collectively address key common challenges to the scaling up of solar energy in ISA member countries. It also aims to undertake joint efforts required to reduce the cost of finance and the cost of technology, mobilize investments needed for massive deployment of solar energy, and pave the way for future technologies adapted to the needs. ISA has been positioned to help create the conditions that would make funding, developing and deploying solar applications on a large scale a reality. ISA is perceived as a key organisation working towards achieving the 2030 Sustainable Development Goals and objectives of the Paris Agreement on Climate Change.

Read The Below Article To Further Know The Changing Dynamics Of Energy Transition: