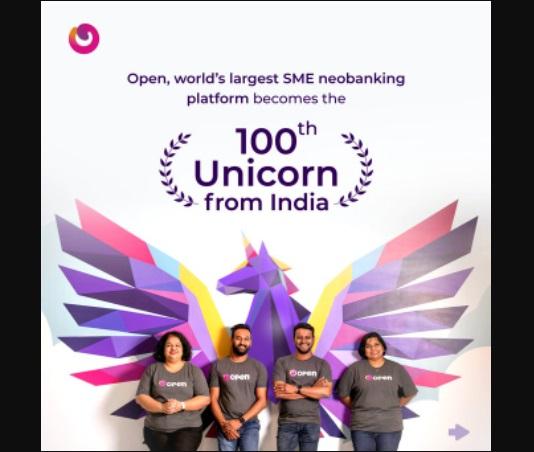 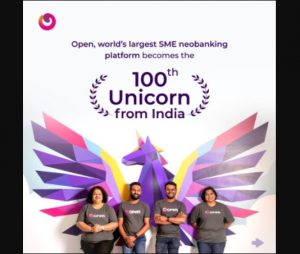 India got its 100th unicorn when neobanking fintech portal, “Open”, raised fresh capital to push up its value to over a billion dollars. The five-year-old Bengaluru-based neobank raised $50 Mn in a Series D funding round from IIFL, Singaporean state holding company Temasek, American investment firm Tiger Global and another Indian firm 3one4 Capital. This helped its valuation cross the $1 bn mark.

The funding comes just six months after Google, Temasek, Visa, and Japan’s SoftBank invested $100 million in the neobank startup. This funding signifies the enthusiasm in the Indian startup ecosystem, which is the world’s third-largest according to Economic Survey, 2021-22. India overtook the UK to reach the spot after the US and China, which added 487 and 301 unicorns respectively, according to the survey.