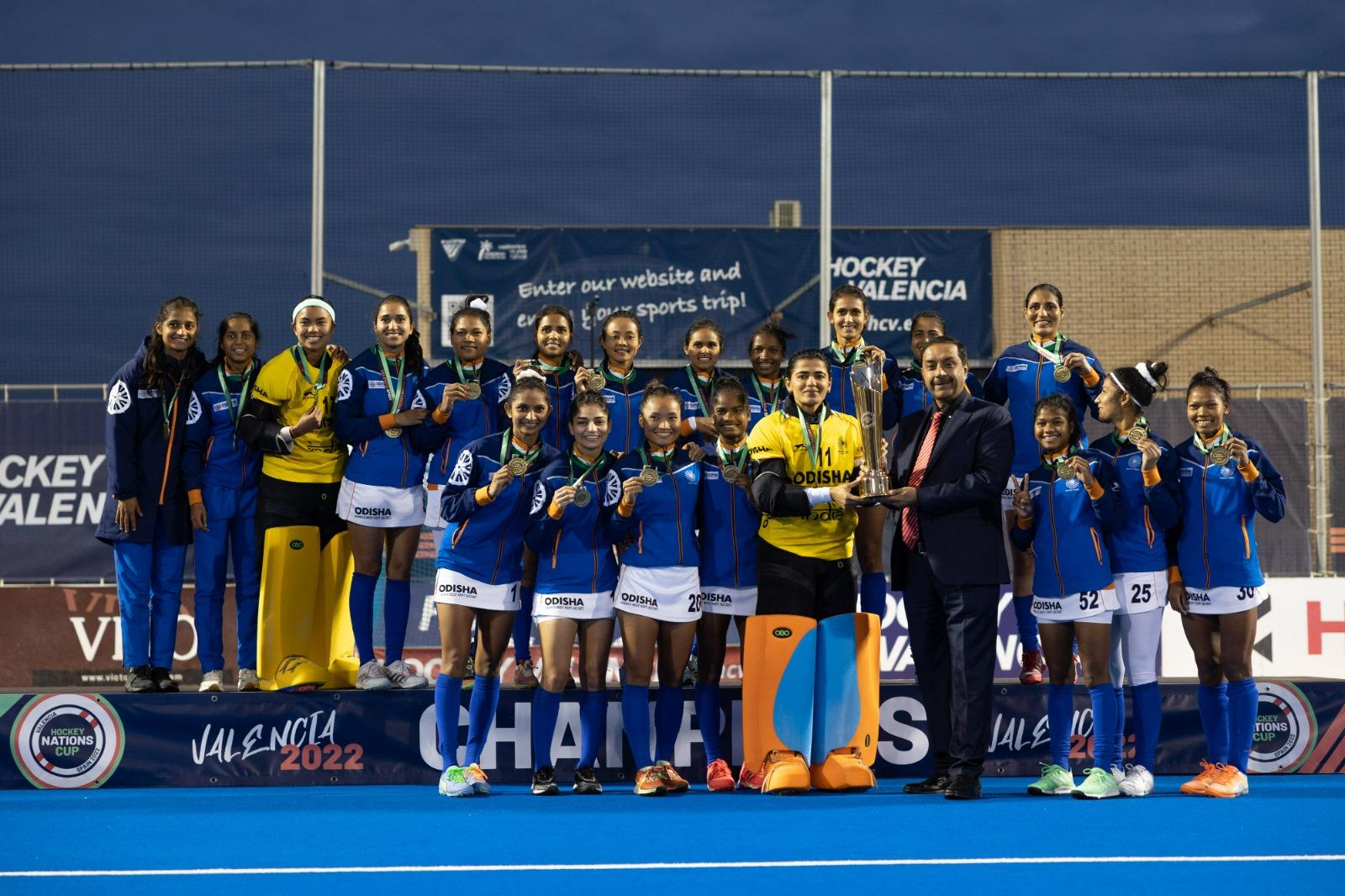 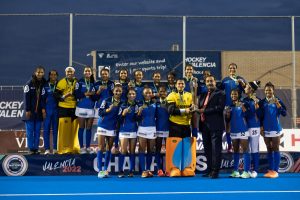 The Indian women Hockey team led by Captain Savita Punia beat Spain 1-0 in the final to win the inaugural FIH Nations Cup played at Valencia, Spain. The winning goal was scored by Gurjit Kaur of India. The inaugural FIH Nations cup was held in Valencia, Spain from 11-17 December 2022. India and Spain had played in the FIH women’s Hockey Pro League 2021-22 season as replacement teams after pull-outs by Australia and New Zealand due to COVID-19 related issues.

The result also means that Janneke Schopman-coached side has been promoted to the FIH Pro League 2023-24. Hockey India has announced cash prize of Rs 2 lakh for every member of the squad and Rs 1 lakh each for all the support staff. India ended the tournament with a perfect record of five wins in five matches. Indian team beat Chile (3-1), Japan (2-1), and South Africa (2-0) in the group stage before a thrilling 2-1 win over Ireland in the penalty shootout in the semifinal.