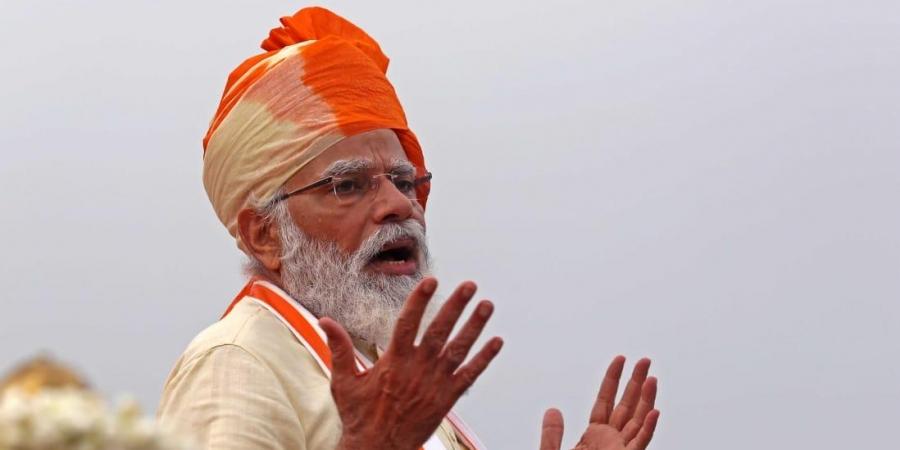 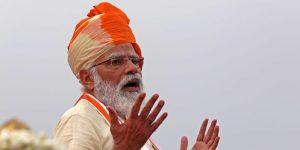 Prime Minister Narendra Modi unfurled the national flag and delivered his seventh consecutive Independence Day speech from the iconic Red Fort. In the 1 hour 26-minute speech, he focused on the themes of “Aatma Nirbhar Bharat (self-reliant India)”, “Vocal for local” and “Make in India to Make for World”.

In his address to the nation on the occasion of India’s 74th Independence Day, Prime Minister Narendra Modi applauded frontline workers fighting against novel coronavirus. PM Modi highlighted the importance to make India self-reliant, saying it was not just a word but should be a “mantra” for all countrymen. The Independence Day ceremony at the Red Fort was attended by over 4,000 people, including diplomats, officials and media personnel. Safety protocols were in place for the event, including social distancing and wearing masks.

The unfurling of the tri-colour is synchronised with the 21 Gun Salute fired by the gunners of the elite 2233 Field Battery (Ceremonial). Major Shweta Pandey assisted the PM in unfurling the National Flag. The ceremonial battery is being commanded by Lt Col Jitendra Singh Mehta and the Gun Position Officer is Naib Subedar (AIG), Anil Chand. The PM also received the Guard of Honour contingent, consisting of one officer and 24 men each from the Army, Navy, Air Force and Delhi Police.