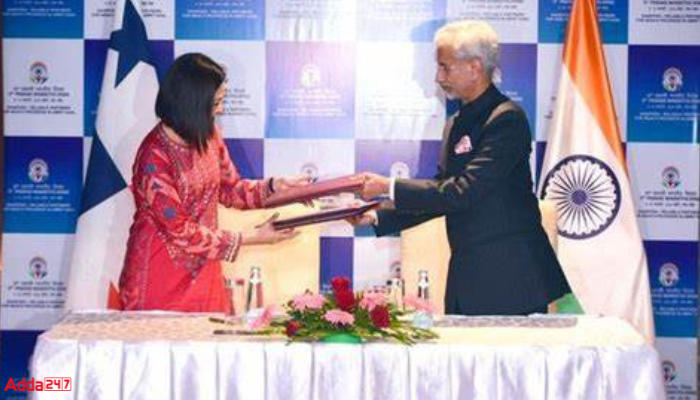 India and Panama have signed a memorandum of understanding (MoU) to encourage cooperation in the training of diplomats. The MoU between India and Panama was signed by the External Affairs Minister of India Dr. Subramanyam Jaishankar and the Foreign Minister of Panama Janaina Tewaney Mencomon.

The MoU was signed in Indore and the External Affairs Minister has noted that they have discussed the opportunities for greater economic, health, finance, and people-to-people linkage. Both leaders have also shared their perspectives on global situations.

Pravasi Bhartiya Divas convention is the flagship event of the government of India. It provides a platform to engage and connect with overseas Indians and to enable the diaspora to interact with each other. The 17th Pravasi Bhartiya Divas convention was organized in partnership with the Madhya Pradesh Government from 8th to 10th January 2023 in Indore. The theme of the PBD Convention was “Diaspora: Reliable Partners for India’s Progress in Amrit Kaal”.