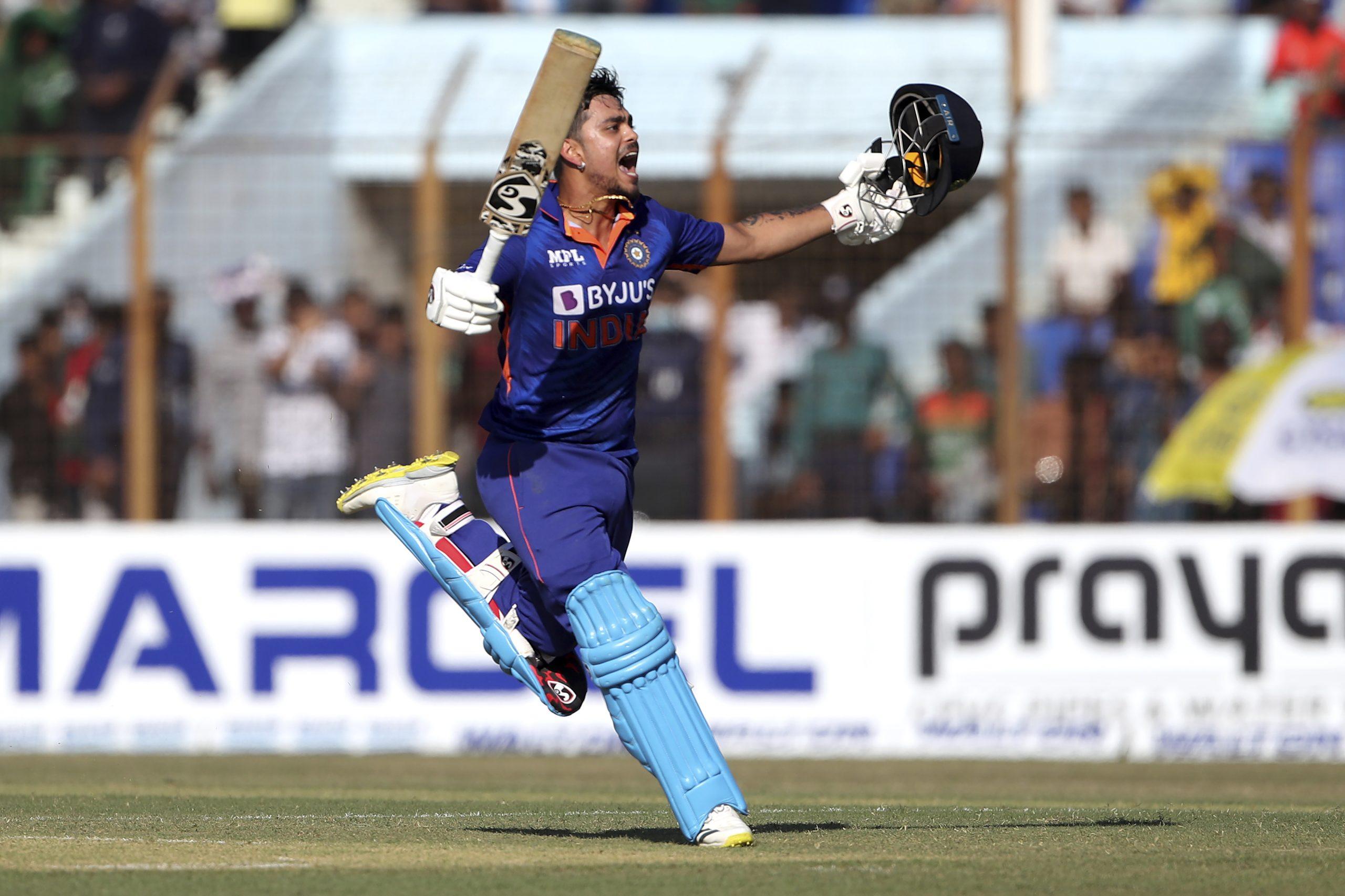 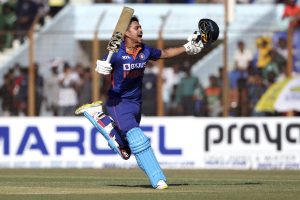 India batter Ishan Kishan has smashed the fastest ODI double century in 126 balls against Bangladesh at the Zahur Ahmed Chowdhury Stadium in Chattogram. The wicketkeeper-batsman scored a 150 off boundaries alone, with 24 fours and 10 sixes all around the Zahur Ahmed Chowdhury Stadium. It took an excellent running catch to dislodge Kishan on 210 off 131.

The 24-year old Kishan also became the fourth ODI double-centurion Indian after Rohit Sharma, Virender Sehwag and Sachin Tendulkar and the seventh batsman overall to achieve the feat, along with Gayle, Martin Guptill and Fakhar Zaman. Kishan added 290 for the second wicket with Virat Kohli, who made his 44th ODI hundred, and his first in the format since August 2019. The Kishan-Kohli stand was India’s third-highest partnership in ODIs, and the seventh-highest ever in the format.

MOST RUNS IN AN INNINGS: