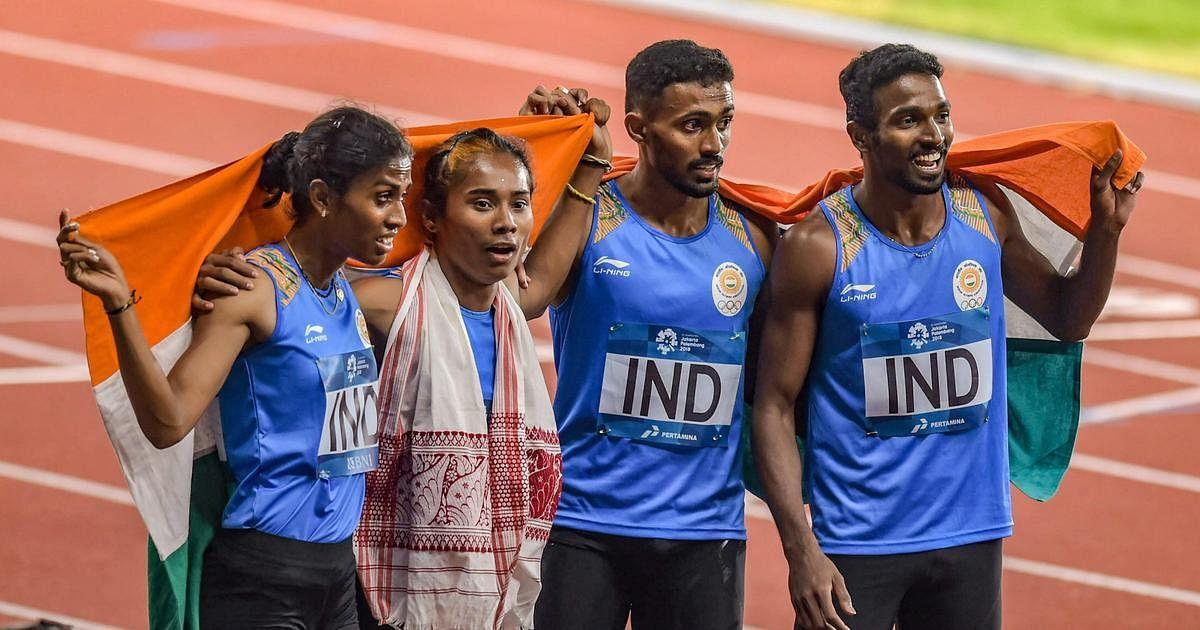 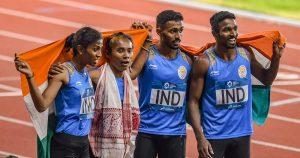 The silver medal of the Indian 4×400 mixed relay team’s 2018 Asian Games, Jakarta has been upgraded to gold. The medal was upgraded to gold following the disqualification of Bahrain squad that finished first in the 4×400 mixed relay final. The Bahrain squad was disqualified as Kemi Adekoya of Bahrain has been handed a 4-year ban by the Athletics Integrity Unit for failing a dope test.

Hence, the Indian quartet of Mohammed Anas, M.R. Poovamma, Hima Das and Arokia Rajiv, who finished second behind Bahrain in the 4×400 mixed relay final have now become the first winner of the event. Also. Indian runner Anu Raghavan has moved from fourth place to bronze medal position in the women’s 400 m hurdles following the disqualification of Kemi Adekoya of Bahrain.