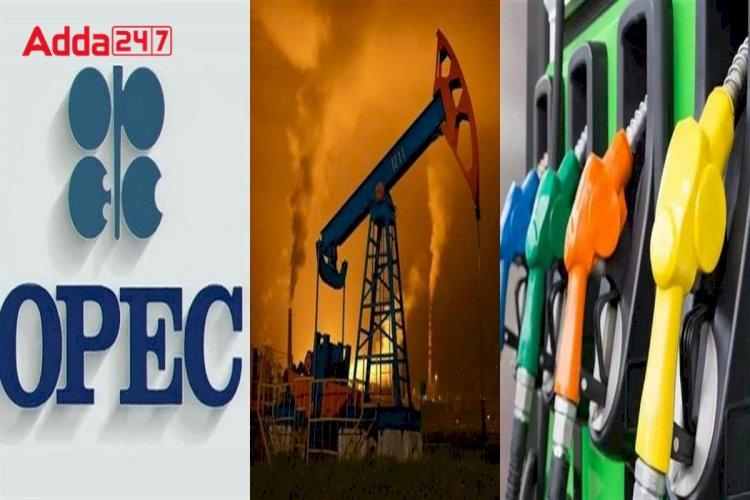 India’s demand for petroleum products like petrol and diesel will grow by 7.73 per cent in 2022, the fastest pace in the world. India’s oil demand remained healthy at 0.7 millions barrels per day (million b/d), about 16 per cent y-o-y growth in June, after an annual growth of 0.8 million b/d in May. Oil demand in India is supported by the rising momentum in economic activities, as the economic reopening continued amid an easing of COVID-19 restrictions in India. Indian oil demand in June was supported by the reduction in excise duty on petrol and diesel by the Central Government, coupled with the delayed arrival of the monsoon season and has led to robust demand for fuels.

This will surpass neighbouring China’s 1.23 per cent rise in demand for these products, according to the grouping’s monthly Oil Market Report (OMR). Also the United States, which is second biggest consumer of the petrolium products have a much lesser prospects for growth.

The Organization of the Petroleum Exporting Countries (OPEC) is a permanent, Intergovernmental Organization, created at the Baghdad Conference held at Iraq in 1960 by Iran, Iraq, Kuwait, Saudi Arabia and Venezuela. It initially had its headquarters in Geneva, Switzerland which was then moved to Vienna, Austria in 1965. It accounts for an estimated 44 percent of global oil production and 81.5 percent of the world’s “proven” oil reserves. Currently, the Organization has a total of 13 Member Countries – Algeria, Angola, Congo, Equatorial Guinea, Gabon, Iran, Iraq, Kuwait, Libya, Nigeria, Saudi Arabia, United Arab Emirates, and Venezuela.