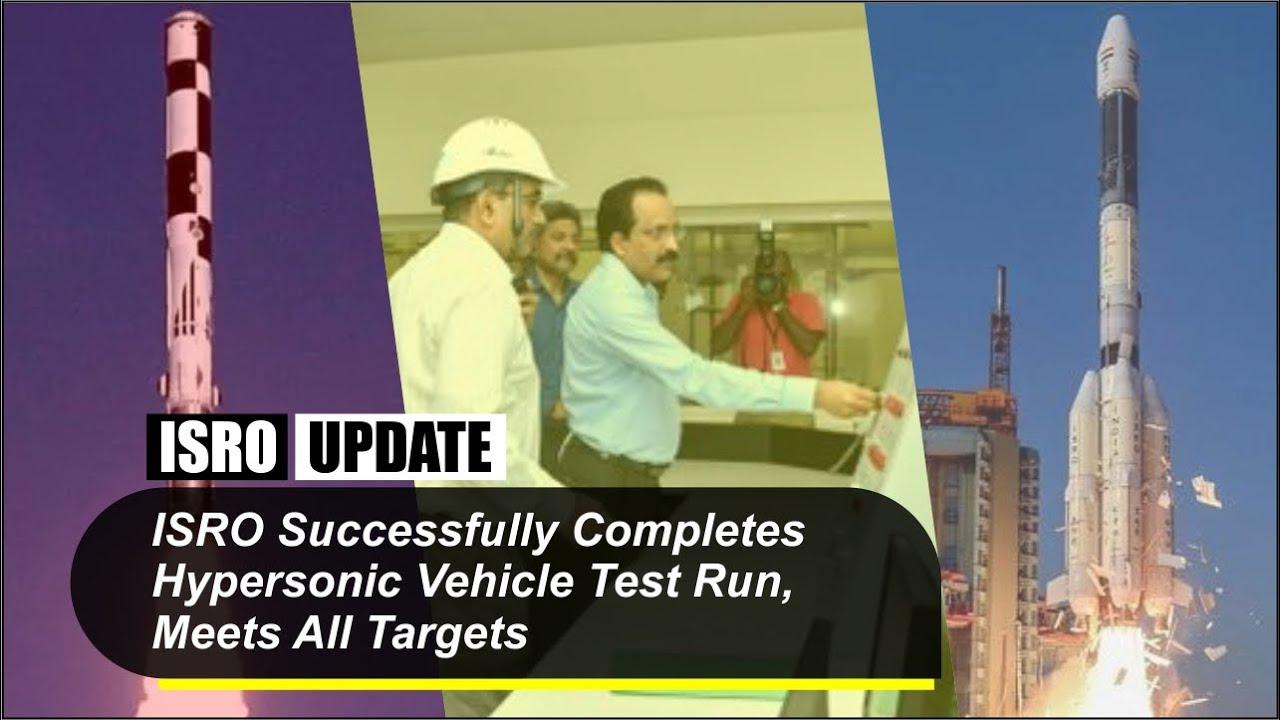 What Has Been Achieved:

The hypersonic vehicle, based on state-of-the-art technology, is capable of delivering military response over long distances by rapidly reaching space. India is also developing an indigenous, dual-capable hypersonic cruise missile as part of its Hypersonic Technology Demonstrator Vehicle programme. This missile will be capable of firing conventional weapons as well as nuclear weapons.

What is a Hypersonic Vehicle:

A hypersonic vehicle can be an airplane, missile, or spacecraft that has the ability to travel five times faster than the speed of sound, or greater than Mach 5 . It is regarded as a cutting-edge technology, and countries like China, India, Russia, and the United States have been trying to further enhance the ability of their hypersonic weapons.

The Indian space agency has been developing hypersonic missiles in collaboration with Russia. Indian scientists are also working on a project for an indigenous, dual-capable hypersonic cruise missile as part of its Hypersonic Technology Demonstrator Vehicle program.

What is hypersonic missile: A New Arena For Competition:

Hypersonic missiles move towards the target at a speed of Mach 5 i.e. 5 times or more than the speed of sound (343 m/s). It can travel about 6,200 kilometers in an hour. Capable of carrying nuclear warheads, hypersonic missiles can fly at very low altitudes and at higher speeds than common ballistic and cruise missiles. They can also change direction during their journey, that is, like a normal missile, the target does not follow a fixed path.
Important takeaways for all competitive exams: