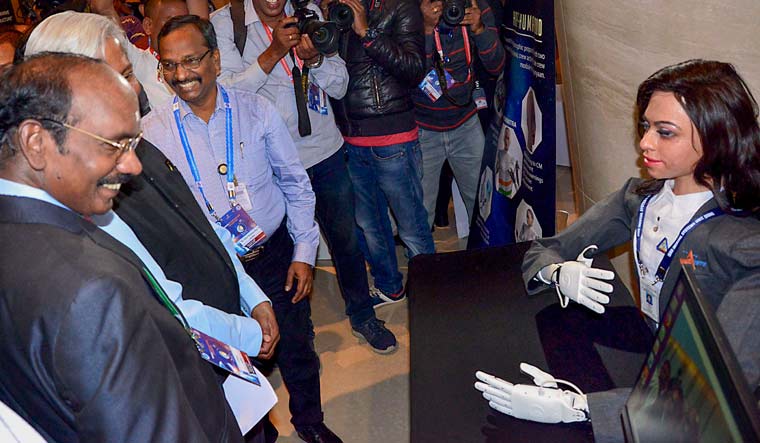 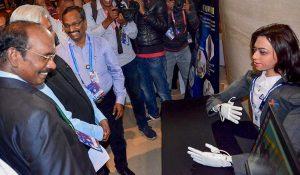 Indian Space agency Indian Space Research Organisation (ISRO) has unveiled ‘Vyommitra’ or “friend in the sky” a half-humanoid robot for Gaganyaan Space Mission. The half-humanoid robot ‘Vyom Mitra’ will be placed in the first unmanned mission under ‘Gaganyaan’ is capable of conversing with astronauts, recognising them, and responding to their queries.

ISRO will send two unmanned missions before the Ganganyaan mission. It will monitor how the human system will behave in the environment control life support system. The robot introduced itself as:” Hello everyone. I am Vyom Mitra, the prototype of the half-humanoid, been made for the first unmanned Gaganyaan mission.