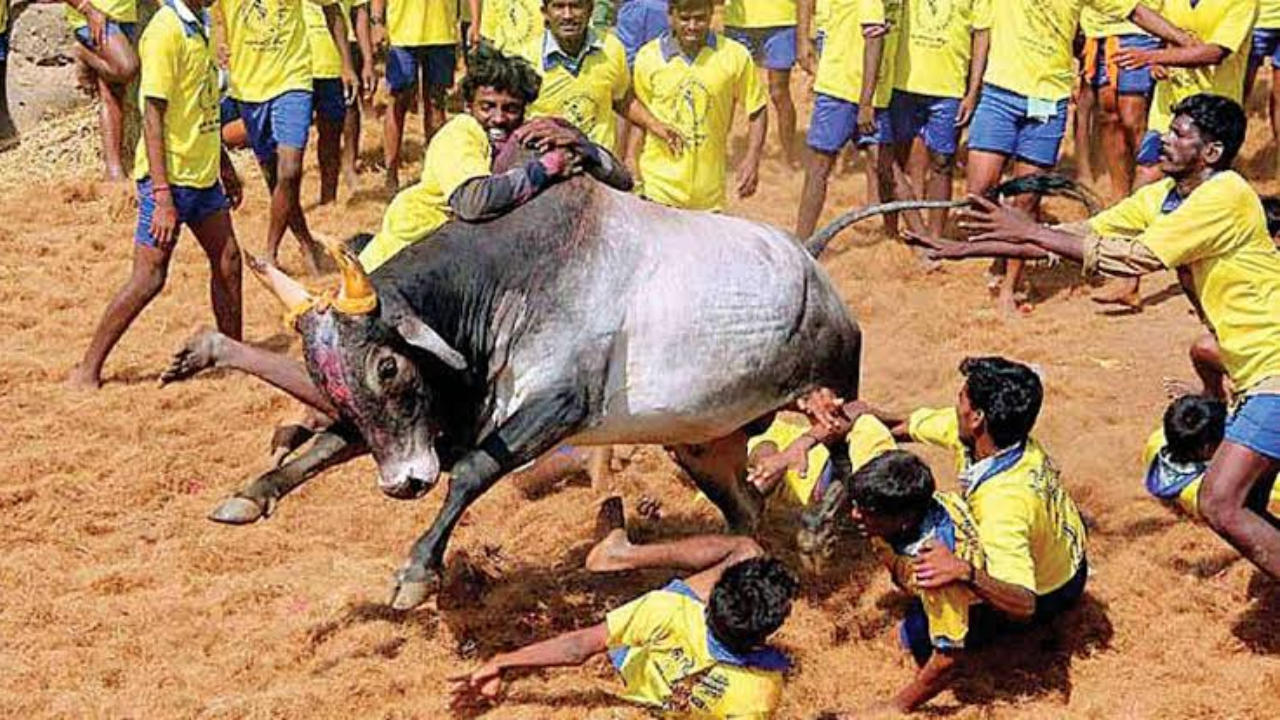 The renowned Jallikattu bull-taming competition got underway on Sunday in the Tamil Nadu village of Avaniyapuram. Aneesh Sekhar, the district collector of Madurai, as saying that preparations had been made to ensure a successful Jallikattu. ensuring the players’ and bulls’ safety. Bulls are protected in the play area by three levels of barricading, as are spectators.

A bull (Bos indicus), such as the Pulikulam or Kangayam breeds, is released into a crowd of people during the traditional event known as jallikattu (or sallikkattu), also known as eru thazhuvuthal and mancuvirattu. Participants attempt to grab the large hump on the bull’s back with both arms and hang on to it as the bull tries to flee. In an effort to halt the bull, participants hold the hump for as long as they can. Occasionally, riders are required to ride far enough to remove flags from the bull’s horns.