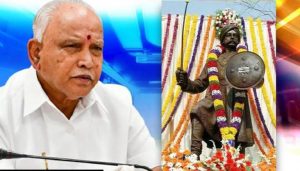 The Karnataka state government has decided to develop 46 Kempegowda heritage sites located in Bengaluru Urban, Bengaluru Rural, Ramanagara, Chikballapura, and Tumakuru districts, in a bid to promote tourism. According to Chief Minister B S Yediyurappa, the sites identified to be in three circuits would be developed at a cost of Rs 223 crore for promoting tourism.

According to the Authority, these sites are developed to help people acknowledge the contribution of Kempegowda or Nada Prabhu Kempegowda, the founding father of Bengaluru.