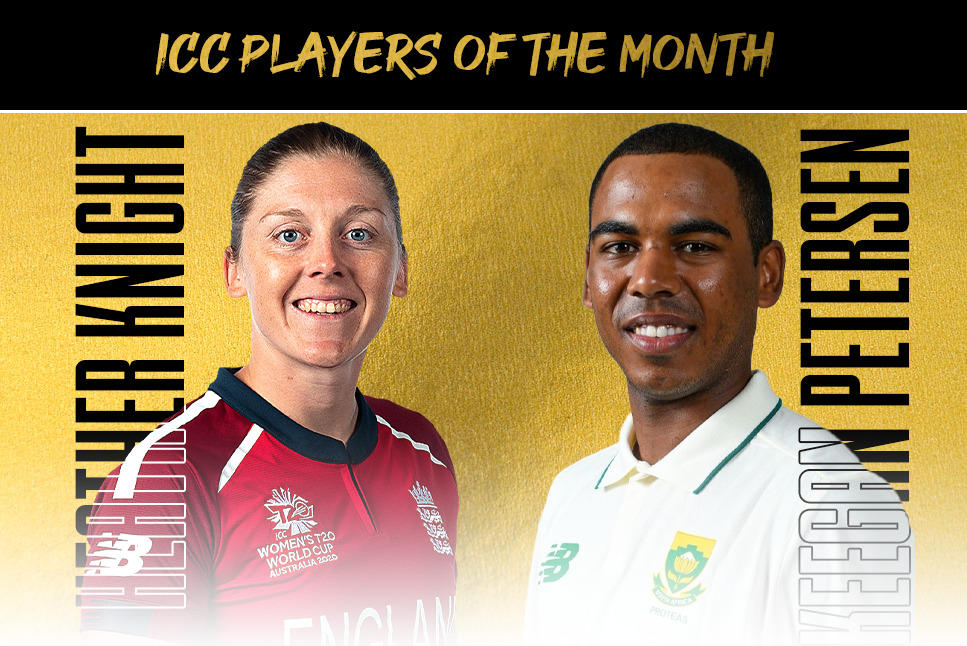 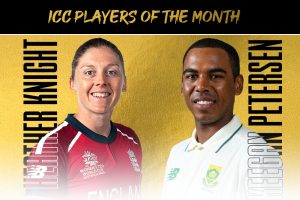 South Africa’s Test sensation Keegan Petersen and England women’s team captain Heather Knight were voted ICC Players of the Month for January 2022. In the men’s category, South African batter Keegan Petersen was a sensation during the home Test series against India. He ended the series as the highest run-scorer with 276 runs and was named the Player of the Series.

For the women’s award, England skipper Knight beat off competition from Sri Lanka captain Chamari Athapaththu and West Indies star Deandra Dottin to be named ICC Player of the Month for January 2022. Knight captained England in the one-off Ashes Test against Australia in Canberra and finished as the highest run-getter.