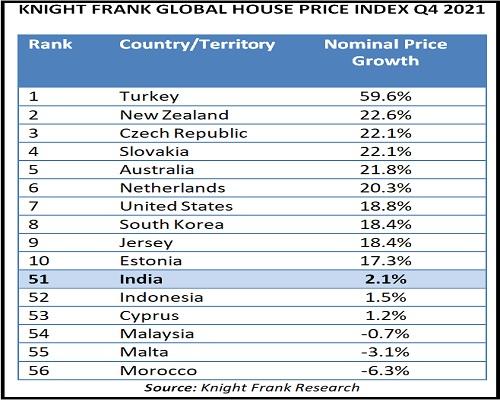 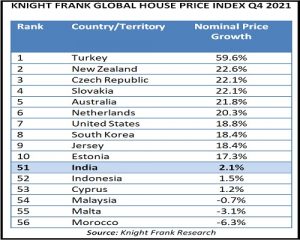 India has improved its rank by five spots to be placed at 51st position in the ‘Global House Price Index Q4 2021’ released by property consultant Knight Frank. India was placed at 56th position in Q4 of 2020. India witnessed a 2.1 per cent annual appreciation in housing price rates during the October-December quarter of 2021 against Q4 of 2020.