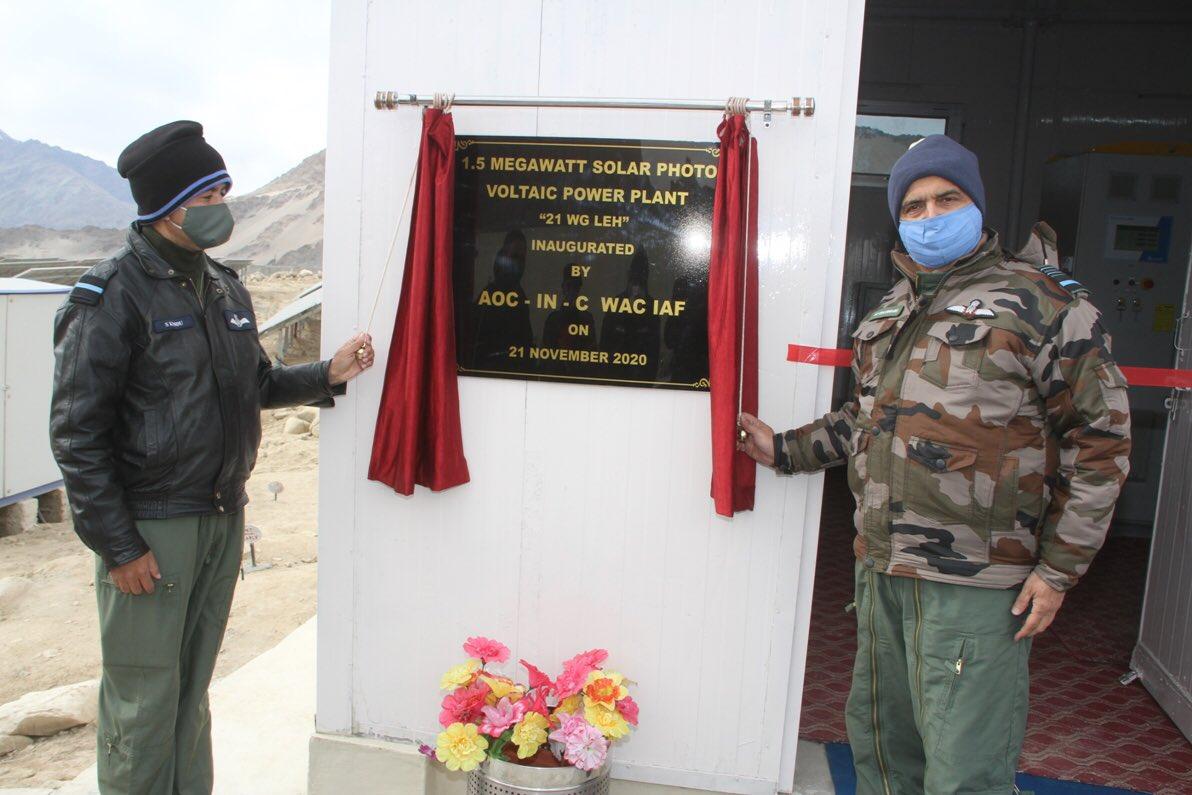 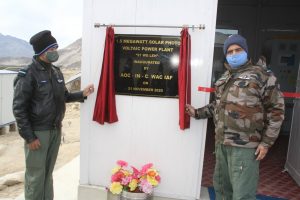 The Union Territory of Ladakh has got the largest solar power project set up under the Centre’s ‘Make In India’ initiative at Leh IAF station to provide sustainable energy alternative to fossil fuel and traditional methods of energy generation. The project namely ‘Provision of Solar Photo Voltaic Powerplant 1.5 MW’ has been completed within 12 months well before the completion deadline of March 31, 2021.