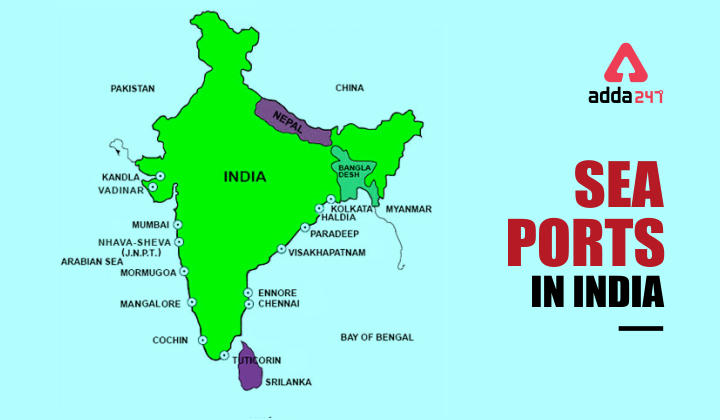 How many Seaports are there in India?

There are 13 major seaports in India, there are more than 180 minor ports that handle a huge volume of traffic. One of the largest natural ports in India is the Mumbai Port Trust (formerly known as Bombay Port Trust). The thirteen seaports include Kochi Port in Kerala, Ennore in Tamil Nadu, Haldia in West Bengal, Kolkata Port in West Bengal, Kandla in Gujarat, Mangalore in Karnataka, Marmagoa in Goa, Mumbai Port in Maharashtra, Jawaharlal Nehru Port in Maharashtra, Paradip in Odisha, Tuticorin in Tamil Nadu, Vishakhapatnam in Andhra Pradesh, and Chennai in Tamil Nadu. In this article, we will discuss these ports in detail.

FAQs related to seaports in India

1. How many seaports are there in India?
Ans. There are 13 major seaports in India and more than 180 minor seaports.