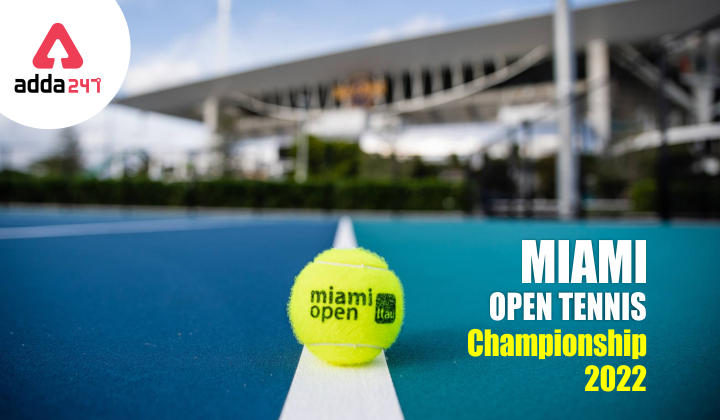 The Miami Tennis tournament was an initial idea in the 1960s when the top tennis players Jack Kramer, Frank Sedgman, Pancho Gonzalez, Pancho Segura, and Butch Buchholz were touring the country in wagon stations, playing tennis in arenas and fairgrounds. They traveled with portable canvas courts, before the days of Open Tennis. Butch Buchholz was the original member of the “Handsome eight” which is the first pros of Lamar Hunt’s World Championship Tennis Circuit introduction in 1968, completed until forced to retire.

In 1980, Butch Buchholz was the Executive Director of the association of tennis professionals, ATP. He met the vice president of the company Lipton, Thomas J. Lipton, and shared his idea of a two-week players’ tournament. The president liked his idea and agreed first sponsorship and the agreement reached $1.5 million a year for 5 years.

Decides the four major championships the Miami open his one of the smallest events in number on the ATP and WTA tours. The main single draw involves more than 64 players and 96 men and 96 women competent single competitions and 32 teams compete in each of the doubles competitions. Ramya me open is the first event in the United States to use Hawk-eye to allow players to challenge close-line calls in 2006. Players were allowed three challenge sets with additional challenges allowed for tiebreakers.

2. Who won the men’s doubles in Miami open 2022?
Ans. In men’s doubles, Hurbert Hurkacz and John Isner defeated Wesley Koolhof and Neal Skupski by 7-6 and 6-4 points.

When was the 2022 Miami open presented by Itau?