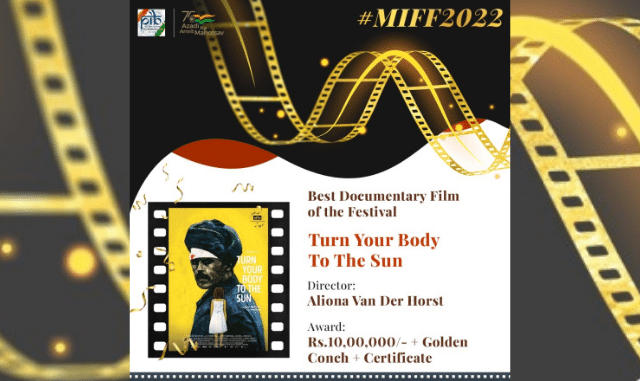 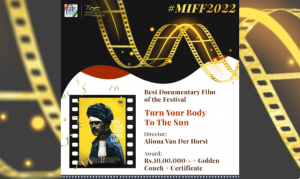 The Dutch documentary film “Turn Your Body to the Sun”, which tells the incredible story of a Soviet Prisoner of War, has won the prestigious Golden Conch award for the Best Documentary Film at MIFF 2022. Directed by Aliona Van der Horst, ‘Turn Your Body to the Sun’ brings to light the incredible life story of a Soviet soldier of Tatar descent, who was captured by the Nazis during World War II. Through his diaries as well as various personal and public archives and registries, his daughter Sana attempts to trace the path of her father to understand what made him the man she knew as a child.

The top award of the Mumbai International Film Festival for Documentary, Short Fiction and Animation Films was presented by the Governor of Maharashtra Shri Bhagat Singh Koshiyari.