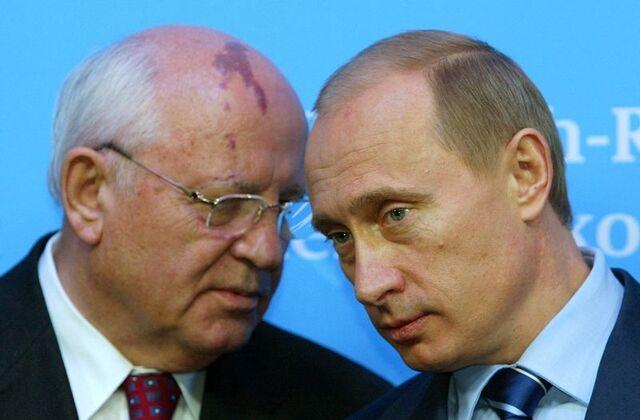 Mikhail Gorbachev, who as the last leader of the Soviet Union waged a losing battle to salvage a crumbling empire but produced extraordinary reforms that led to the end of the Cold War, died. He was 91. The Central Clinical Hospital said in a statement that Gorbachev died after a long illness. No other details were given. Though in power less than seven years, Gorbachev unleashed a breathtaking series of changes. But they quickly overtook him and resulted in the collapse of the authoritarian Soviet state, the freeing of Eastern European nations from Russian domination and the end of decades of East-West nuclear confrontation.

His decline was humiliating. His power hopelessly sapped by an attempted coup against him in August 1991, he spent his last months in office watching republic after republic declare independence until he resigned on Dec. 25, 1991. The Soviet Union wrote itself into oblivion a day later. A quarter-century after the collapse, Gorbachev told The Associated Press that he had not considered using widespread force to try to keep the USSR together because he feared chaos in a nuclear country. “The country was loaded to the brim with weapons. And it would have immediately pushed the country into a civil war,” he said. Many of the changes, including the Soviet breakup, bore no resemblance to the transformation that Gorbachev had envisioned when he became the Soviet leader in March 1985. By the end of his rule he was powerless to halt the whirlwind he had sown. Yet Gorbachev may have had a greater impact on the second half of the 20th century than any other political figure. “I see myself as a man who started the reforms that were necessary for the country and for Europe and the world,” Gorbachev told The AP in a 1992 interview shortly after he left office.

His Tenure As a Top Leader:

It wasn’t until March 1985, when Chernenko died, that the party finally chose a younger man to lead the country: Gorbachev. He was 54 years old. His tenure was filled with rocky periods, including a poorly conceived anti-alcohol campaign, the Soviet military withdrawal from Afghanistan, and the Chernobyl nuclear disaster. But starting in November 1985, Gorbachev began a series of attention-grabbing summit meetings with world leaders, especially U.S. Presidents Ronald Reagan and George Bush, which led to unprecedented, deep reductions in the American and Soviet nuclear arsenals. After years of watching a parade of stodgy leaders in the Kremlin, Western leaders practically swooned over the charming, vigorous Gorbachev and his stylish, brainy wife. But perceptions were very different at home. It was the first time since the death of Soviet founder Vladimir Lenin that the wife of a Soviet leader had played such a public role, and many Russians found Raisa Gorbachev showy and arrogant.